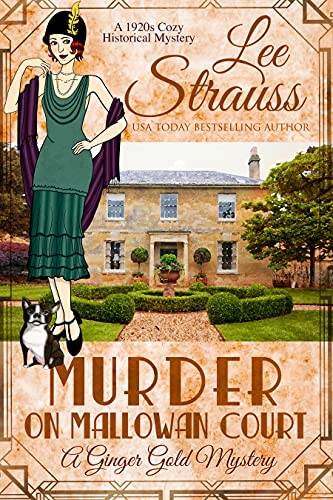 As Mrs. Ginger Reed~also known as Lady Gold~waits impatiently for the coming of her baby, new neighbours move onto Mallowan Court. The Foote family is very much like Ginger's own, if not the mirror opposite: Mr. and Mrs. Foote an unhappy couple; Mr. Rothwell an aging, irate patriarch; Miss Charlotte, whom Scout finds to be a tantalizing, if confusing specimen of young ladyhood; along with a similar collection of staff.

The sudden passing of a Foote family member is determined to be unsuspicious, but something about this strange family doesn't sit right with Ginger.

When the doctor banishes Ginger to her bed to await the coming birth, she has to depend on the information brought to her by her good friend and former sister-in-law, Felicia.

Can the two ladies solve the crime before the baby comes?