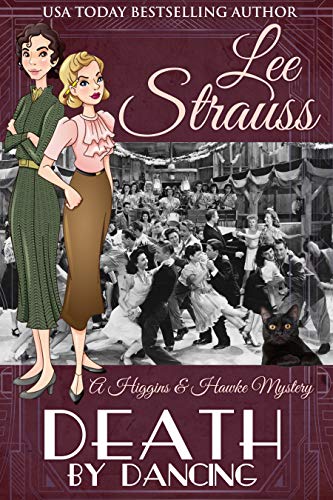 A Dance Marathon in the North End of Boston in 1932 turns deadly at midnight. Samantha Hawke had entered as an insider reporter for the Boston Daily Record, and quite honestly, as a single mother during the depression, could use the extra cash. She has it better than most, rooming with Dr. Haley Higgins, the city's new Chief Medical Examiner, but she hates the financial imbalance between them, and wants to do her part.

When Haley Higgins arrives on the scene, she's surprised to find the dead woman is the widow of a man whose body still lay in the cold cabinets of her morgue. She has reasons to believe the man's death wasn't natural, and now, with his wife having succumbed to the same symptoms, her convictions of foul play are stronger than ever.

Sam and Haley work together to determine which contestants in the dancing contest had means, motive, and opportunity. And most of all, how to keep the killer from striking again.

A spin off from the acclaimed Ginger Gold Mystery series, this clever, feisty, depression-era whodunit readers call "serious and suspenseful" and "entertaining mystery series" will keep you turning pages until the surprising yet satisfying end.

Death at the Tavern (Book 1)

Death on the Tower (Book 2)