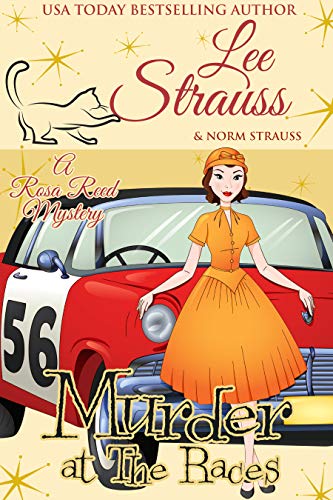 Murder at the Races: a 1950s cozy historical mystery

Murder is a wreck!

Rosa Reed attends a charity stock car race in Santa Bonita and expects to have an exhilarating time shared with family and friends. That ends when a driver inexplicably crashes into a guard rail and dies. When local assistant medical examiner, Dr. Larry Rayburn determines the death is suspicious, Rosa once again finds herself working with the handsome Detective Miguel Belmonte in an awkward and uncomfortable alliance to solve the murder.