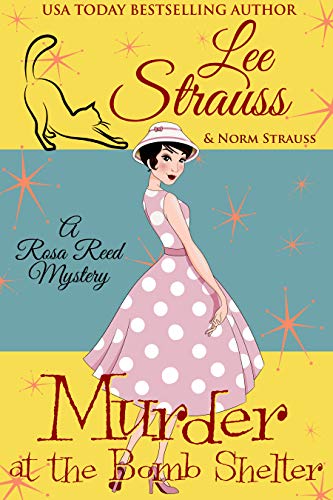 Murder at the Bomb Shelter: a 1950s cozy historical mystery

Rosa Reed's holiday with the Forester Family in Santa Bonita has turned into an extended stay, and Rosa decides to make use of her Metropolitan Police training and sets up a private investigative business ~ just like her mother! But she finds she's not the only one who keeps business in the family, and when one of the members of the prestigious Gainer family is found dead in his bomb shelter, Rosa is invited to take on the case ~ much to Detective Miguel Belmonte's chagrin. If Rosa doesn't find the killer soon, the summer of  '56 just might be her last.