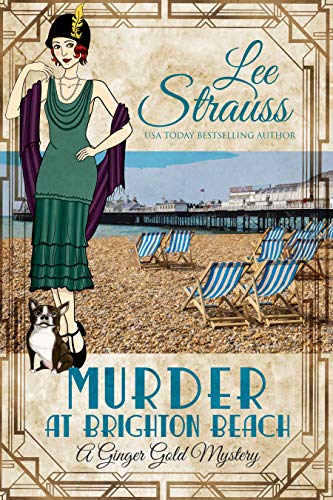 A family holiday turns deadly at Brighton Beach. When Ginger and Basil and their family check into the Brighton Beach Boutique Hotel on a lovely warm day in June of 1926, a shocking discovery upsets their plans to relax in the sun and surf. There's a murderer amongst the holidayers: Is it the starlet? The earl? The disgruntled businessman?

In this Agatha Christie-style addition to the Ginger Gold Mystery series, not only will Ginger not finish her book, she and Basil might not get out of the hotel alive.