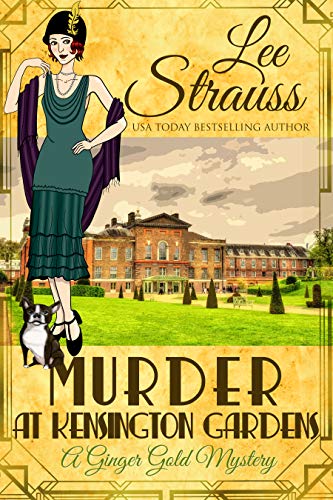 Murder isn't a walk in the park...

When Chief Inspector Basil Reed becomes a suspect, the blustery and often times pigheaded Superintendent Morris pulls him off the case. Ginger's not about to be pushed around by the superintendent despite his warnings: if she doesn't butt out, she'll be arrested for impeding a police investigation. She soon finds herself undercover in the spicy world of burlesque dancing—much to Basil's chagrin.

Ginger and Basil agree to work together off the record to find the killer. It's a proposition their strained friendship may not survive—even if they do.