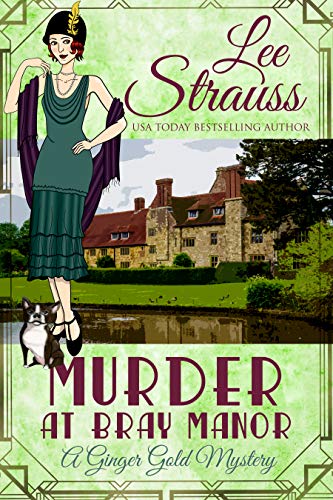 A poltergeist guilty of murder?

Ginger doesn't believe in ghosts, but is haunted nevertheless by memories of her husband and the lure of his gravesite she just can't bring herself to visit.

In order to keep Bray Manor afloat financially, Felicia and Ambrosia have opened the estate to the public for club meetings and special events. Knitters, stamp collectors and gardeners converge weekly~targets for the poltergeist that seems to find amusement in hiding small things from their owners.

Bray Manor hosts a dance to raise money for maimed soldiers who struggle with peacetime after the Great War. Felicia invites her flapper friends and her new beau, Captain Smithwick, a man Ginger has met before and definitely doesn't like.

When the dance ends with the discovery of a body, Ambrosia is certain the poltergeist is to blame, but Ginger is quite sure the murderer is made of flesh and blood.