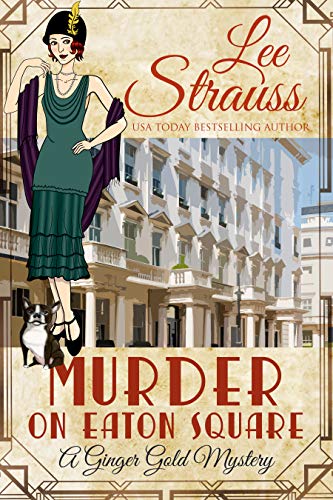 Life couldn't be better on Eaton Square Gardens where the most prestigious families lived, until one of their own dies and it's murder.

Ginger and Basil are on the case, but it's not a simple glass of bubbly fizz. The more the clues present themselves, the trickier the puzzle gets, and Ginger feels she's on a wild goose chase.

But as someone close to the victim so aptly quips, “One shouldn't commit murder. It's bad karma.”

Reaping what one sows is hardly a great cup of tea.