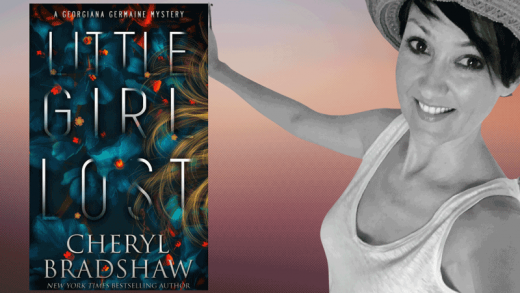 I had a wonderful time this week as the featured author of the month for BingeBooks Book Club. Chatting about Little Girl Lost, the first book in my new mystery series, and answering questions from readers, was a great experience.

In Little Girl Lost, retired detective Georgiana "Gigi" Germaine has been living off the grid, until today, when she hears some disturbing news that shakes her. Georgiana's brother-in-law has been murdered, her seven-year-old niece kidnapped. As the hours waste away, Georgiana races back to a town she left behind, and a former life she's still not ready to face.

As a native of California (I was born in Covina and also lived in Tehachapi for several years), I set this series in Cambria, a quaint coastal town that f… 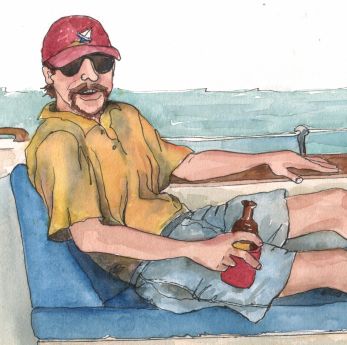 Not that I do this with every novel, but when I have time, when I'm in my right mind or not too far into the Jesus Juice, I follow this simple formula for scene progression:

State the goal of your Lead at the beginning of each scene.

Suspense is anticipation, so announce the reward for your Lead early in the scene. Restate your Lead’s goal as necessary. Halfway through is a good spot for reminde… 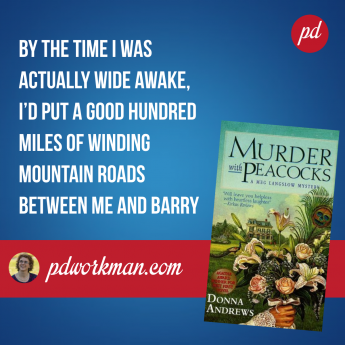 Get Hitched to Murder with Peacocks

I am enjoying my second book in a row from Donna Andrews. I just recently read Lark! The Herald Angels Sing, which is book #24 in this thirty book series, and have returned to book #1, Murder with Peacocks, to where it all started. All of the books in this series are named with bird names, as you might have guessed, and nearly every second book appears to have a Christmas theme.

So what’s with the “Get Hitched” in my blog title? Well, in this book, sleuth Meg Langslow is the maid of honor for three different weddings, so I just went with it. Not to be a spoiler, but I suspect that not all of these weddings are going to go off without a hitch. (Or with one!)

Fun, zany characters, a down-to-earth protagonist with a planner (the book that tells her “when to breathe”) and something mysterio… Catch The Last Train to London

I just finished The Last Train to London. It’s a pretty heart-wrenching book, as you’ll probably guess when you read the description below. It is a fictionalization of Truus Wijsmuller‘s (Tante Truus’s) efforts to smuggle Jewish children out of Germany and Austria during WWII. Truus and those she worked with are credited with helping to save more than 10,000 children, and she was an amazing woman. The Last Train to London a slow build, with no graphic violence and while it is tense, you are not usually on the edge of your seat. But I will tell you, the scenes of the parents saying goodbye to their children as they were put on the train, knowing that they would quite likely never see them again had me pretty choked up.

She turned the ruby to catch the light, saying, “They’re more precio… An authors chat with insightful questions

I had a lot of fun appearing on “Chat With the Author,” the live video event put on by the BingeBooks Book Club each month. We spent some of the time discussing Rising Moon (the book club’s Book of the Month),  the 19th novel in my Jesse McDermitt series. It’s set in a somewhat fictional Grassy Key — part of the Flordia Keys — and covers the disappearance of a local girl.

For those who couldn't attend, here's the video of the event:

I saw a few friends' faces, and it was great putting a face to the many readers who attended and who I knew through email and social media interaction. I've done a lot of interviews, but nothing like this, with so many attendees and such insightful questions. Most interviewers know a little about me and scratch the surface of my books for questions, but it… 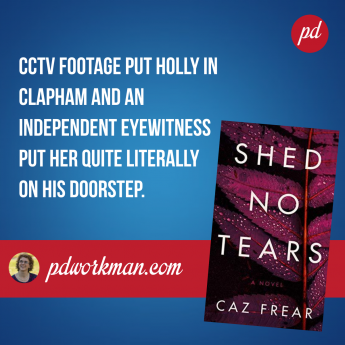 Immerse Yourself in Shed No Tears

I am currently reading Shed No Tears by Caz Frear, book 3 in the Kat Kinsella series. I haven’t read any of the other books in this series, but had no problem getting into it or following the storyline. I am definitely curious about the other books in the series and will pick them up as I see them. Shed No Tears is a UK police procedural, an investigation into a cold case. The victim was previously assumed to be the victim of a serial killer who had been caught and convicted, but when the body surfaces some years later, there are enough doubts raised to question whether it was actually one of the serial killer’s or not.

Good character development; I feel for Kat and some of the other characters that she works with. Kat has a bit of a dodgy past, through we don’t know all of the details o… 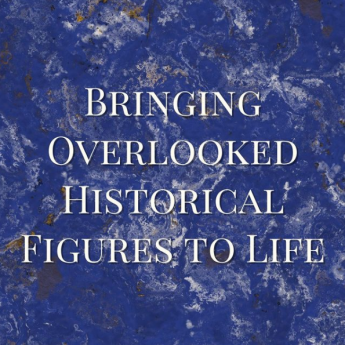 It can be fun to write about historical figures everyone knows, but I find it extra exciting to resurrect real people history has forgotten.

Some of these are regular people who cause enormous scandal around their actions, some are notorious criminals overlooked by modern history. All are absolutely fascinating.

My latest short story, “The Wrong House”, is based on the notorious criminal Dr. C. L. Blood, whose life was not well documented, but the parts that are recorded are shocking. I was lucky enough to find that some articles from the time period (the two most detailed articles I found were from 1883 and 1890) had solid descriptions of what Dr. Blood looked like and how he acted. If I’m lucky enough to find that information on a historical figure I’m writing about, I love bringing t… Author Interview with Grant from New In Books

What can you tell us about your new release, Just Curious?

This is my second MMF story and the first that is not connected to any of my previous books. I dreamed up characters I’d like to know and fell in love with all of them. Willa is a writer, so that was an easy persona to identify with. Jackson is the successful brainiac who has a strong, protective spirit. Casey is the artistic one who tends to go a little overboard now and then. They were so much fun! In order for the book to sound plausible, I consulted with a leading authority in web security who also owns a Tesla. So, while a few reviewers have intimated that the plot is a bit far-fetched, it’s truly not that crazy. I think readers will be hard-pressed to not get sucked into the drama as it unfolds.

I grew up in the town where… 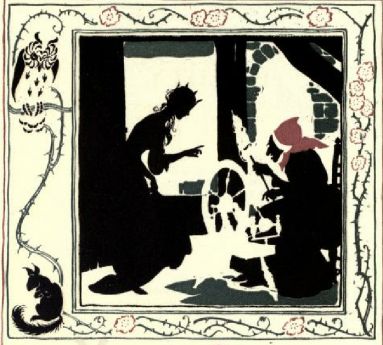 What is a Fairy Tale 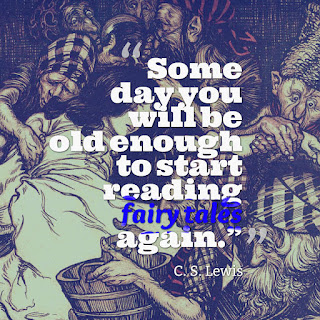 A fairy tale/faerie tale is a short story, in oral or literary form, mainly with origins in European traditions, although many of today’s fairy tales have evolved from centuries old stories, from multiple cultures, with variations dating back thousands of years. The tales vary from legends and fables. Legends are perceived as real, but are unauthentic traditional stories which are regarded as historical i.e. the legend of King Arthur. Conversely, fables are stories used to convey a moral and usually contain an inanimate object or animals e.g. the tortoise and the hare, from Aesop’s fables. Fairy tales fall within the genre of folklore and often include mythical creature such as: dwarfs, dragons, elves, fairies, giants, gnomes, goblins, griffins, mermaids, talking animals, trolls, uni…

Requiem for Innocence is the sequel to the Shamus Award finalist, Played to Death, and a finalist for the Kindle Book Awards, Mystery/Thriller, and longlisted for the Publishers Weekly Booklife Prize, Mystery/Thriller.

1.                   How would you describe Scott Drayco? What are the rules he lives by? What do they say about his character? Does his synesthesia help him or hurt him in his professional and personal life? What are his greatest strengths? His greatest weaknesses?

2.                  We get hints of Drayco’s relationships with his parents - his aloof and sometimes disapproving father, his AWOL mother. Do you think this has affected his drive to excel in law enforcement, as a form of validation? Or is his brilliance at sol…