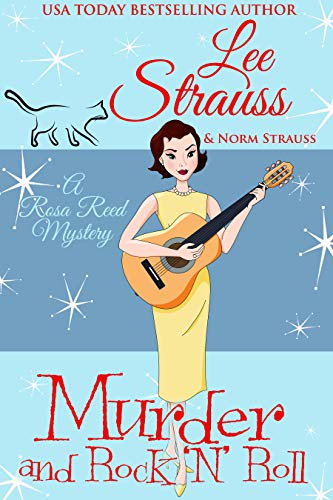 Murder's got the blues!

It's the summer of 1956 and Private Investigator Rosa Reed (former Woman Police Constable from the London Metropolitan Police) attends her first rock and roll concert featuring the young and upcoming music sensation Elvis Presley. The high note goes sour when a press photographer is found dead onstage and Rosa is called in to investigate. When the apparent suicide is deemed to be a murder, she is once again called upon to work side by side with her former flame, Detective Miguel Belmonte. Will Rosa keep her heart in line and find the killer before she has to sing the blues?