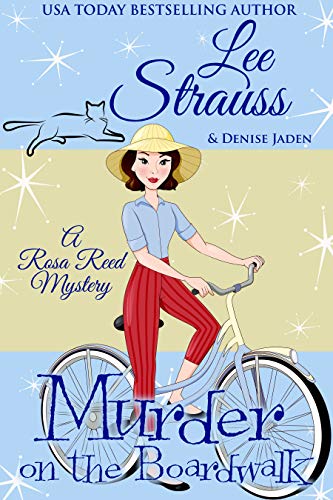 Murder on the Boardwalk

Murder's such a shock!

When Rosa Reed—aka WPC Reed of the Metropolitan Police—and her cousin Gloria decide to spend a fun-filled afternoon in 1956 at the fair on the boardwalk in Santa Bonita, California, they're in for a shocking surprise. After a ride assistant's death by electrocution is determined to be murder, Rosa finds herself entangled once again with her high school sweetheart, Detective Miguel Belmonte. Should she catch the next flight to London before she loses her heart again? Or worse, her life?