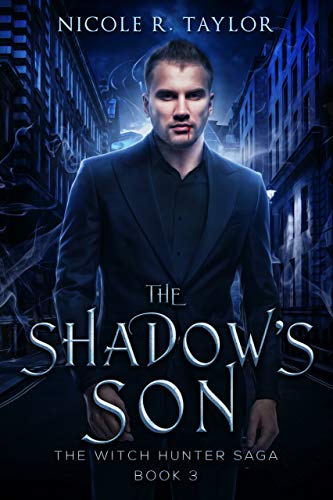 The hunter has become the hunted.

When a mysterious stranger from Aya's past shows up in Ashburton it's not all good news. Tristan, a man she saved almost a thousand years ago, brings a warning that will affect not just her, but her new family.
Regulus is coming.
To protect Zac from her greatest enemy, Aya has to destroy the best thing that has ever happened to her. She has to pretend that their love has been a lie. But is it the right thing to do?
Heartbroken again, Zac must surrender to the darkest places inside himself if he has a hope of coming back. Even if that means aligning himself with his greatest enemy and turning his back on everything he's worked for.
Lovers are torn apart, friends are pitted against each other and families are splintered. But what they find buried under the streets of London will change everything they've ever known about their world. Something that should have been left alone.
But what Regulus does is the most unexpected of all.

The Shadow's Son is the third book in The Witch Hunter Saga, an Urban Fantasy series entwined with vampires, witches, and the ultimate mystery of their true creation. In the darkness of ancient betrayals, can these unlikely allies find the light?