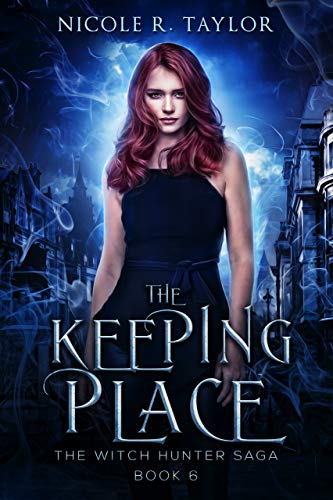 Vampires and conspiracies. Witches and curses. It's just another day to the London Vampires...

Nye Saer is a vampire with a big problem.
Rescued from the clutches of The Unhallowed, he's battered and weary, and his power is at an all time low. With rebelling vampires on one side, a coven of psychopathic wraiths on the other, and trouble at home, he doesn't know where to turn.
The Unhallowed are still out there and they're coming back. Not just for him this time, but also the woman he loves.

Gabby Cohen is one of the most powerful witches alive. She's battled spirits, dark witches, curses, founding vampires, werewolves and fae hybrids. She's seen it all, hasn't she?
But when she finds what the Unhallowed have hidden in the Keeping Place, all Gabby's strength may not be enough to stop them.

The mismatched group of vampires, witches and humans are on borrowed time, and as they search desperately for a way to fight back, they stumble on the biggest conspiracy of all.
A conspiracy that began in 1603...

The Keeping Place concludes the story begun in the Urban Fantasy series, The Witch Hunter Saga — In a world remade, the London vampires must find their way out of chaos...without losing everything to a bunch of blood-thirsty witches.