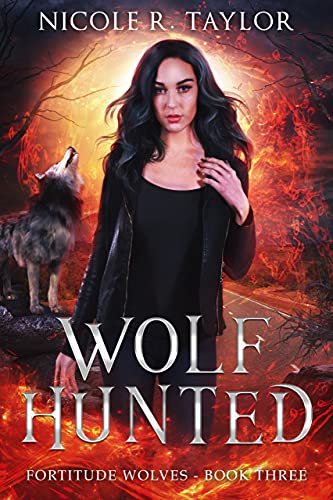 A werewolf civil war. A vampire blood ritual. To stop both, werewolf Sloane will have to go to war.

Barely escaping with their lives, Sloane and Chaser are on the run.
The Fortitude Wolves are split down the middle, the Hollow Men are on their tail, and the threat of death hangs over their head at every turn. Their only choice is to keep their heads down and find a way to end the madness once and for all.
Short on friends, Sloane is backed into a corner with little hope remaining. Her only way out is through a maniacal vampire who wants to sacrifice her in a blood ritual—which isn't her idea of a happy ever after.
But in the darkness of the Australian bush, an unexpected visitor may have the answer she's been searching for. An answer to a question she never dreamed of asking.
If they want their forever, Sloane and Chaser must make their final stand and go for broke...or die trying.

Wolf Hunted is the final book in the Fortitude Wolves trilogy. Werewolves and vampires fight for ultimate power in this thrilling conclusion to this suspenseful Urban Fantasy series. Will Sloane and Chaser make it out alive? Their only choice, is all out war.