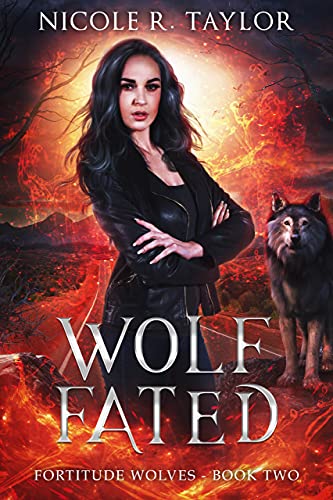 Hunted by vampires. Challenging for alpha. For werewolf Sloane, the real battle is about to begin.

After being pursued by vampires and hunted by rival wolves, Sloane and Chaser have finally made it to their destination—the home of the Fortitude Wolves, the meanest werewolf pack on the east coast of Australia.
With vampires desperate to control her extraordinary power, Sloane is faced with a new challenge—how to understand who she was born to be—but there's only one thing she wants after all the misery she's been through. A happy ending. One where the Fortitude Wolves are hers to rule and her father's legacy is ash on the wind.
With Chaser by her side and one long list of people to avenge, she believes she can challenge for alpha and win, but earning the trust of the pack is easier said than done.
She's about to learn that supernatural loyalty is the most dangerous game of them all.

Wolf Fated is the second book in the Fortitude Wolves trilogy, a suspenseful Urban Fantasy series where werewolves and vampires go to war for the ultimate prize—true immortality.