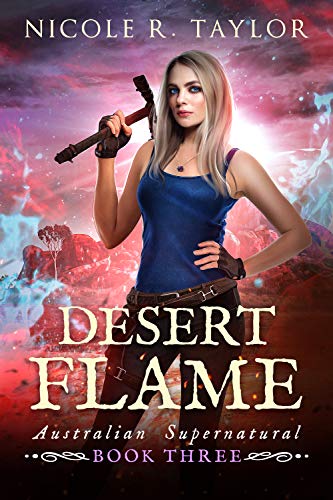 Vampires, convicts, and revenge plots. Who knew small town living could be so complicated?

The Australian Outback is a vast landscape rich with natural resources, but it's also an ancient land imbued with magic — some forgotten, and some just simmering underneath the surface.
Solace, the small opal mining town in outback New South Wales, has both.
But when big time mining company EarthBore sets up camp north of town, the Exiles are worried. There's no telling what kind of impact it will have on the seal they're protecting...and if it fractures, it could unleash a devastating power onto the world, leaving it in ruin.
The moment resident opal buyer and vampire Hardy looks into their new neighbours, he runs into an old acquaintance who makes one thing clear — their arrival is no coincidence. Solace has something they want, but the problem is, Solace ain't selling.
Hardy's painful convict past collides with the Exile's future in spectacular fashion, and as the threat grows, they will have to make their most difficult choice yet.
Stay protectors...or go to war.

Desert Flame is the third book in Australian Supernatural, an urban fantasy series set in the ancient, magical red heart of the Australian Outback. Vampires, time travellers, and government conspiracies threaten to unleash an ancient horror in this thrilling new story...