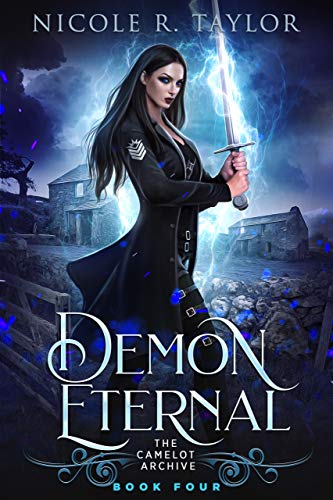 Deadly secrets. Murder and revenge. The end of the world is nye and Camelot is the last bastion of hope...

Madeleine Greenbriar has returned to Earth, only to find a world on the brink of destiny.
Camelot is in danger and with it, the Earth faces a terror like no other. Morgana has risen, determined to deliver revenge owed for thousands of years of suffering. Drawing the last of the Dark forces to her side, she's amassing an army to march against the Naturals, and if they fall the Druids are next.
Their only hope of stopping the coming cataclysm lies with Madeleine. She holds the key to Morgana's death, but to deliver the final blow, she may have to sacrifice everything.
Including her soul.

Demon Eternal is the final nail-biting novel in The Camelot Archive, an urban fantasy series set in the same alternate Arthurian world seen in The Arondight Codex. Danger, romance, and myth intertwine in this thrilling modern Arthurian adventure!