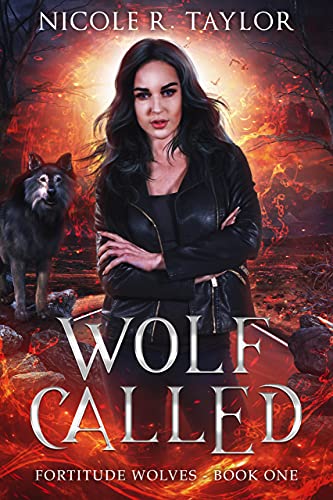 A werewolf and a vampire walk into a pub...and embark on a road trip from hell.

Sloane is trying to make the best of a bad situation.
She's spent most of her life trying to hide from her troubled past, keeping her head down and her identity a secret. But she has no idea how much danger she's in until a vampire walks into the pub where she works.
Pushed headfirst into a supernatural world she never knew existed, Sloane finds herself the target of a mysterious clan of vampires known as the Hollow Men. They're looking for a special werewolf, one who isn't bound by the power of the moon. Someone like Sloane.
Forced to team up with a vampire sent by her maniacal father, the alpha of the Fortitude Wolves, she has no choice but to flee across the vast Australian outback if she wants to live.
With death snapping at her heels, the lesser of two evils may be her only way out...
Unless she answers the call of the wolf within.

Wolf Called is the first book in the fast-paced Urban Fantasy series, Fortitude Wolves. Werewolves and vampires are embroiled in a war for supremacy and a troubled woman is in the centre of it all...only she doesn't know it. Packed with suspense, action, and supernatural secrets, this series is sure to keep readers on the edge of their seats...