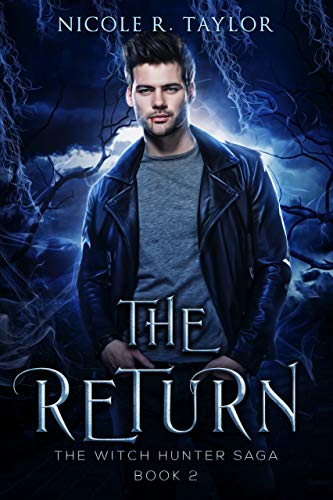 Can the immortal truly die? Nothing is as it seems in the world of the Witch Hunter...

Zac Degaud's afterlife is just going from bad to worse. He grew a heart only to have it torn out by the founding vampire, Arturius.
Nobody is sure what his agenda is, but Zac doesn't want to know. He's more interested in finding a way to end him for good — but when Arturius makes a play for the witch Gabby, things go from bad to worse. She's harbouring a secret of her own.
A dark power lives inside her, one that Arturius would do anything to control.
But when Zac uncovers a deadly secret from Aya's past, it will turn the entire game on its head. A truth she has fought to conceal for thousands of years hides the key to Arturius's final death.
And no one knows what it means.
They'll need to figure it out sooner rather than later, because death is coming for all of them.
Revenge is best served in cold blood, after all.

The Return is the second book in The Witch Hunter Saga, an Urban Fantasy series like no other... Vampires, witches, and ancient blood feuds abound in this thrilling new twist on an ancient myth.