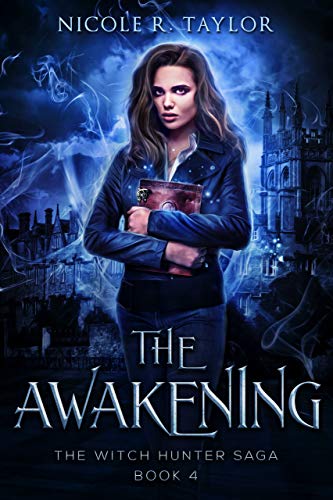 A buried monster. A secret alliance. The battle that could see the end of all things is just beginning...

Witch Hunter Aya swore to protect the Earth, no matter the cost.
But after thousands of years searching, the Coven has finally awoken an ancient horror. One that has the power to control death itself and bring the world to its knees.
With an unpredictable supernatural force unleashed, Aya, Zac, and their friends face the fight of their eternal lives.
They thought the Romans were the first vampires, but there are older and more evil things in the world. Things that should have remained buried and forgotten. Things that should have been left alone.
The epic battle that could see the end of all things is just beginning.

The Original has awoken...

The Awakening is the fourth book in The Witch Hunter Saga, an Urban Fantasy series like no other... Vampires, witches, and fae abound in this thrilling new twist on an ancient myth. You haven't read vampires like these before.