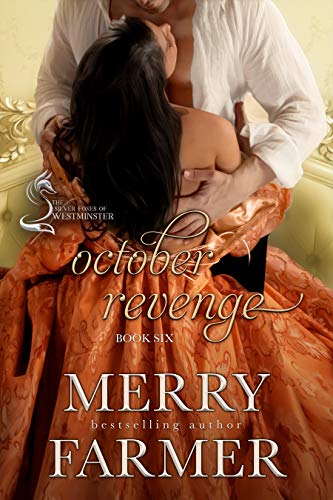 Book 6: The Silver Foxes of Westminster
Merry Farmer
Follow
He was the villain in everyone else's story, but only she can make him into the hero of his own story.
Genres: Historical RomanceVictorian RomanceMulticultural & Interracial Romance
Buy now
Available in:
Keywords: arranged marriagehistorical romancestrong heroinevictorian romanceenemies to lovershigh society victorian romance
Share

For decades, Lord Mark Gatwick has been known as the best friend of nefarious villain, Lord Theodore Shayles. But the truth is that Mark couldn't despise Shayles more. After executing his revenge against Shayles for a nightmarish event that happened over twenty years ago, Mark is on the verge of finding the peace that has eluded him his whole life.

Until a bride he never wanted shows up on his doorstep...

Angelica LeClair has faced many challenges growing up as the daughter of a black man and a white woman, not quite light-skinned enough to pass, in her Louisiana home. But her biggest challenge of all comes with the shock of learning that, in order to inherit the money she desperately needs to keep from falling into destitution, she must travel to England to marry a distant cousin she's never seen. She is determined to make the best of a bad situation.
Until she discovers that her groom is in catastrophic danger...

When Lord Shayles is released from prison, he vows to stop at nothing until Mark is dead. When Shayles learns about Angelica, his deadly intentions take a sickening turn. Mark must risk his life for the woman he never expected would be his last chance for redemption and happiness.


The Silver Foxes of Westminster Series consists of: