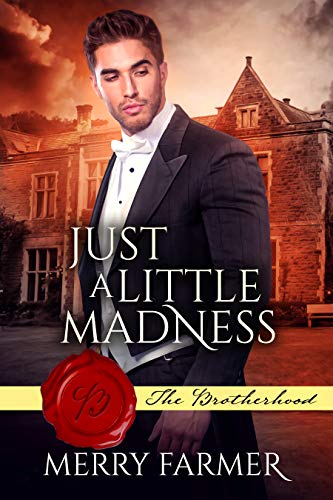 Opposites attract and sparks fly, but can they be contained?

Member of Parliament, Edward Archibald, lives in constant fear of being discovered as a gay man and having his life ruined because of it. He has avoided scandal in every way possible...until his brother runs off with a married duchess and kidnaps Lord Selby's son and heir. As Selby's friend, Edward is called on to help with the investigation by contacting his brother. There's just one small problem: The mission means he's been thrown into close quarters with the object of his desire, actor Martin Piper.

Martin Piper loves life and isn't afraid to enjoy it to the fullest. He can't help but draw attention to himself in everything he does, particularly when he's paired with stodgy politician, Edward, as they work to reunite Lord Selby and his son. But Martin can only pay attention to one thing—his fascination with and desire for Edward. He adores the man at first sight and relishes the opportunity to crack Edward's shell to get to the sensuality he knows Edward is capable of.

But their mission veers wildly off-course and seems destined to fail, especially when their conflicting ideas about desire and discretion prove how different they are. Can they overcome their differences to complete their mission and enjoy an epic love story, or will passion drive them apart?