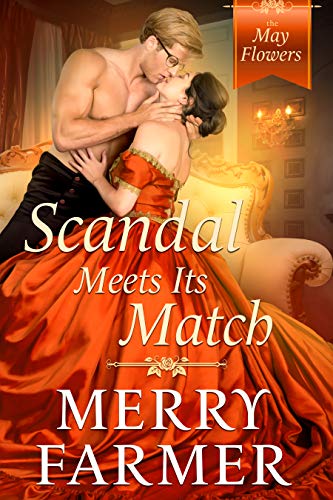 The bigger the secret, the bigger the consequences when it comes out...
American "Dollar Princess", Lenore Garrett, has come to England with the intention of marrying a nobleman and establishing her place in society. Or so she's told everyone. Her plan to enjoy all that London's social scene has to offer is progressing perfectly, thanks to her fake engagement to Lord Frederick Herrington. But Lenore has a dark secret she's been keeping from her friends, her true reason for running away from home. That secret is in danger of coming out when she meets the enigmatic Phineas Mercer.

Impoverished baronet, Phineas Mercer, has come to London with the intent of finding a bride who can improve his family's fortunes. He has had little luck in the marriage market, but his ability to observe the foibles of the upper class and write scandalous stories that society gobbles up--using a secret identity, of course--has provided him with an income and entertainment. All of London is buzzing about who the mysterious author of Nocturne could be. But when Phineas meets Lenore, even his most salacious stories pale in comparison to her mischievous sense of adventure and the deadly secret she's been hiding.