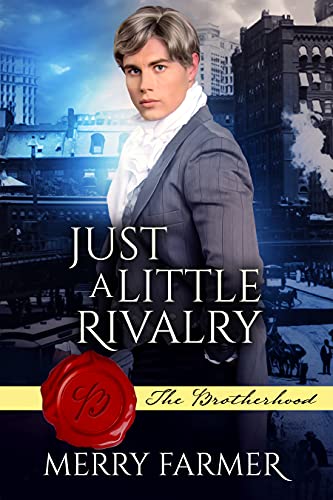 Solicitor John Dandie will go to the ends of the Earth for his friends and his clients. And in the case of Lord Blake Williamson, Duke of Selby, in the search for his missing son, the ends of the Earth just happen to be Long Island, New York. With Lady Selby finally cornered at her father's seaside mansion, convincing the woman to return Lord Stanley should be child's play.

If not for the complications caused by John's own romantic entanglement with Detective Arthur Gleason.

Enigmatic Arthur Gleason has had his sights set on John nearly from the moment they met. For months, they have been engaged in an ever-intensifying love chase while working—sometimes as enemies, sometimes as allies—to locate Lord Stanley and bring him home. So far, Arthur has been the cool, calculating pursuer while John has fought not to give in to their undeniable attraction. But when a ghost from Arthur's past interrupts their sensual balancing act, John will have to decide between his heart and his pride.