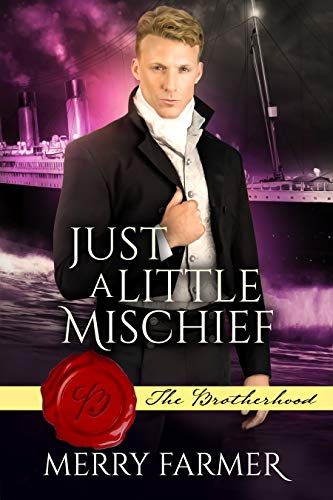 Valet Xavier Lawrence hasn't seen much of the world. So when his employer, the Duke of Selby, takes him along on a transatlantic voyage in pursuit of his missing son and heir, Xavier is thrilled with the opportunity. But the excitement over his first taste of salt air and the sea is nothing to the thrill of an opportunity for a secret affair.

Dancer Alexander Plushenko is on his way to New York to see his family, no idea whether they will accept him or not after a slip in St. James's Park ended with him spending time in jail for Gross Indecency. The last thing he needs with all of that hanging over him is to meet the dashing and fresh-faced Xavier as soon as the ship leaves port.

Falling in love is easy, but conducting a steamy affair on a crowded ship with few places to hide is another thing entirely. And when more than just Xavier and Zander's reputations end up at stake, and with a limited time together before the voyage ends, can the two men prevent a disaster and find a reason to stay together?