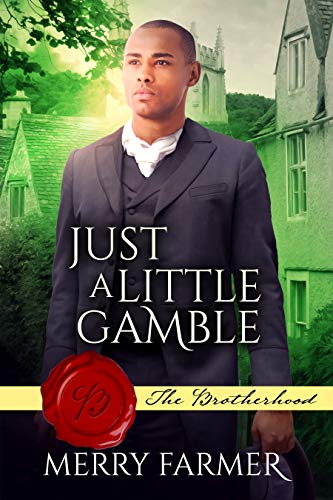 Everything that makes them opposites is what attracts them to each other...

Bad boy composer Samuel Percy is the talk of London...but only because high society cannot believe a black man could reach such prestigious heights in the artistic world. His quest to prove himself is complicated by his sister—known as The Black Widow—and her mischievous schemes. But family complications are only the beginning when Samuel falls for wide-eyed, innocent Cameron.

Country boy Cameron Oberlin is amazed by the world of London he now finds himself in. But what captivates him the most is Samuel's power and charm. He doesn't consider himself Samuel's equal, and is surprised when the sophisticated composer takes an interest in him. The prospect of being the man's lover is beyond anything he could have imagined.

But when Samuel and Cameron are paired together to chase after The Black Widow in an effort to reunite Blake Williamson with his son, the tables quickly turn. Cameron is given the chance to prove that he is much more than a beautiful simpleton. Samuel realizes the man's true genius just in time for Cameron to come to his rescue. But is it too little too late, and will Blake's son slip out of his grasp forever?