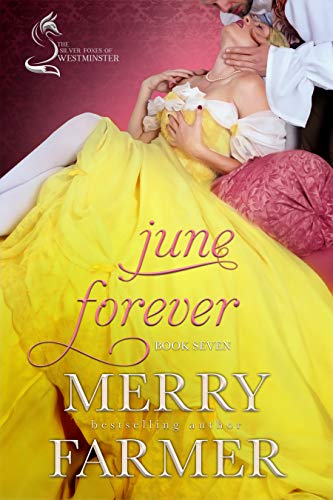 Book 7: The Silver Foxes of Westminster
Merry Farmer
Follow
She fell in love with him completely. But she has no idea who he really is.
Genres: Historical RomanceVictorian Romance
Buy now
Available in:
Keywords: arranged marriagehistorical romancevictorian romancemistaken identitysecret identitySecond Chance Romance
Share

Miss Victoria Travers's life was over. After being traumatized at the hands of a man years ago, she has secluded herself at Starcross Castle, helping her sister, Lady Mariah, raise her growing family. But being an aunt isn't enough for Vicky. She longs for children of her own, but getting them means marriage, and marriage means making herself vulnerable to a man's desires, something she swore she'd never do again.

Sir Christopher Dowland is widely considered the most mild-mannered, bland gentleman in Cornwall and potentially the perfect husband for Vicky. But Christopher wants to be so much more than the underestimated country squire everyone supposes him to be. He sees himself as a champion of the rights of women, particularly on the eve of a game-changing vote on the Married Women's Property Act.

Vicky and Christopher enter a businesslike engagement which seems as though it will lead to a boring, passionless marriage...until the two meet while in disguise at a masquerade ball, and everything changes. While Christopher knows full well who Vicky is, she is swept off her feet by the dashing and gallant mystery man who makes her smile, laugh, and feel free for the first time in years. But when their ongoing, masked flirtation takes a turn neither expect, Christopher could find himself both winning the girl and losing her forever at the same time....


The Silver Foxes of Westminster Series consists of: