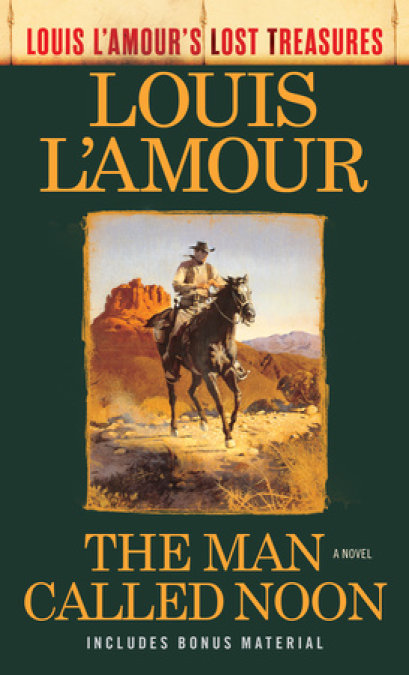 In one swift moment, a fall wiped away his memory. All he knew for certain was that someone wanted him dead-and that he had better learn why. But everywhere he turned there seemed to be more questions-or people too willing to hide the truth behind a smoke screen of lies. He had only the name he had been told was his own, his mysterious skill with a gun, and a link to a half million dollars' worth of buried gold as evidence of his past life. Was the treasure his? Was he a thief? A killer? He didn't have the answers, but he needed them soon. Because what he still didn't know about himself, others did-and if he didn't unlock the secret of his past, he wasn't going to have much of a future. 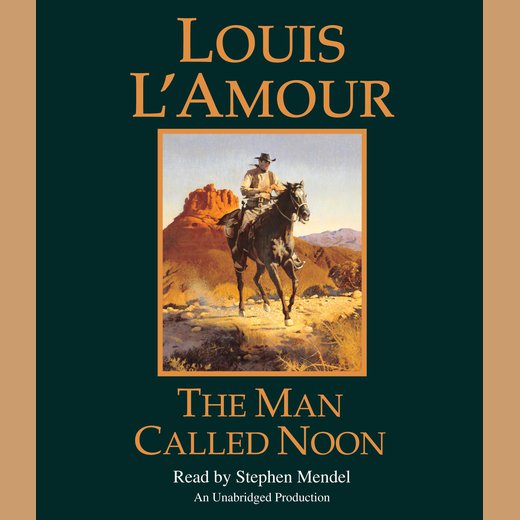 Somebody wanted to kill him.

The idea was in his mind when he opened his eyes to the darkness of a narrow space between two buildings. His eyes came to a focus on a rectangle of light on the wall of the building opposite, the light from a ­second-­story window.

He had fallen from that window.

Lying perfectly still, he stared at the rectangle of light as if his life depended on it, yet an awareness was creeping into his consciousness that the window no longer mattered.

Only one thing mattered now—escape. He must get away, clear away, and as quickly as possible.

There was throbbing in his skull, the dull, heavy beat that was driving everything ­else from his brain. Impelled by what urge he could not guess, he lifted a hand toward his face. There was a twinge of pain from the arm, then he touched his face.

He did not know to whom the features belonged. Gingerly, he touched his skull . . . there was ­half-­caked blood, and a deep wound in his scalp. His hand dropped to his shirt, which was stiffening with blood.

Somebody had tried to kill him, and he felt sure that they would try again, and would not cease trying until he was dead. Nothing ­else remained in his memory.

Stiffly, he turned his head, looking first one way and then the other. In the one direction there was blackness, in the other was light . . . a street.

He was conscious of a faint stirring from the darkness behind the buildings. Something or someone was creeping along in the blackness, some enemy intent upon his destruction.

Heaving himself from the ground, he half fell against the building behind him. He remained there for a moment, struggling to gather himself for an effort. For he must escape. He had to get away.

A hand went to his hip. There was a holster there, but it was empty. Dropping to his knees, he felt quickly around him, but discovered nothing. His gun, then, must be up there, in that room. It had fallen or had been taken from him before he fell from the window.

He started blindly toward the street. He could hear music from the building beside him, a murmur of voices, then muffled laughter.

Staggering into the light, he paused and stared stupidly to left and right. The street was empty. Drunken with pain and shock, he started across the street and into the shadows of a space between the buildings diagonally across from the one he had left behind.

He had no idea where he was going, only that he must get away; he must be free of the town. Beyond the buildings between which he walked there ­were scattered out­houses and corrals, and a few lightless shacks, and then he was walking in grass, tall grass.

Pausing, he glanced back. There was no pursuit, so why was he so sure there would be pursuit?

He went on, his brain numb with the pounding ache, until he saw before him a single red eye. Staring at it, he went ahead toward the red light. Suddenly he was beside it and his toe stumbled against the end of a railroad tie.

To his left the rails glimmered away into a vast darkness, on the right they led to a small railroad station. He had taken a stumbling step toward it when he brought up short, realizing his enemies would surely look for him there.

He stopped, swaying on his feet, trying to order his thoughts.

He did not know who he was. Or what he was.

His fingers felt of his clothing. The coat was tight across the shoulders and the sleeves ­were a bit short, but it seemed to be of good material.

He glanced back at the town, but beyond the fact that it was a very small town it told him nothing. There had been hitching rails along the street, a few cow ponies standing there. Hence it was a western town.

He had heard the whistle a second time before it dawned upon him that a train was coming, and he would, if he remained where he was, be caught in the full glare of the headlight. He dropped into the grass not an instant too soon as the train came rushing out of the night.

A train offered escape, and escape would give him a chance to consider, to sort out what must have happened, to discover who he was and why he was pursued.

When the train had passed and drawn up at the station, he studied it with care. There ­were at least three empty box cars, their doors invitingly open. Yet as he considered his chances of getting into the nearest one he heard a rush of ­horses’ hoofs and twisted about from where he lay in the grass to see a party of ­horse­men dash up to the train and split into two groups to ­ride along both sides, checking every car, every rod and bumper.

He eased back farther into the grass, but he could hear them talking as they drew near.

“. . . a waste of time. He was in bad shape, with blood all over, and staggering. He could never have made it to the tracks, believe me. If he’s not hid somewheres in town he’s lyin’ out yonder in the grass, bleedin’ to death.”

“He was a tough man for a tenderfoot.”

“I ain’t so sure he was—a tenderfoot, I mean. Ben Janish swore he’d got him, and did you ever know Ben to miss? That gent must have an iron skull!”

They turned at the caboose and walked their ­horses back along the train. They ­were a dozen yards away when the whistle blew. Rising, he ran for the nearest empty car. A rider started to turn in his saddle, so he changed direction and leaped for the rear ladder and swung between the cars and out of sight.