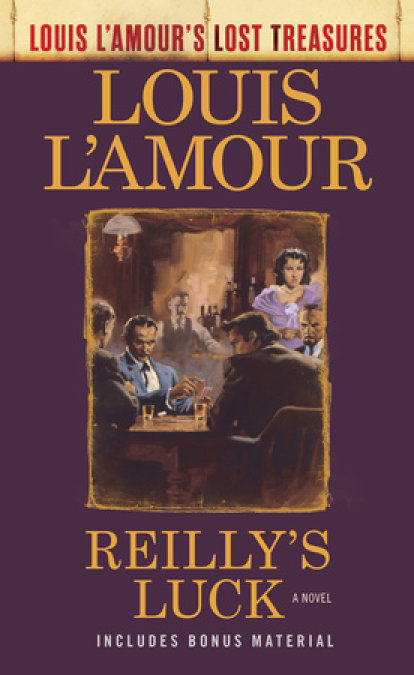 Val Darrant was just four years old the snowy night his mother abandoned him. But instead of meeting a lonely death, he met Will Reilly—a gentleman, a gambler, and a worldly, self-taught scholar. For ten years they each were all the family the other had, traveling from dusty American boomtowns to the glittering cities of Belle Époque Europe—until the day Reilly’s luck ran out in a roar of gunfire.

But it wasn’t a gambling brawl or a pack of thieves that sealed Will’s fate. It was a far more complex story that Val would soon uncover—one that would bring him face-to-face with the one person he least wants to see: his mother. With the help of a beautiful, street-smart rancher and the woman who was Will Reilly’s lost love, Val must close this last cruel chapter of his past before he can turn the page on an uncertain future. 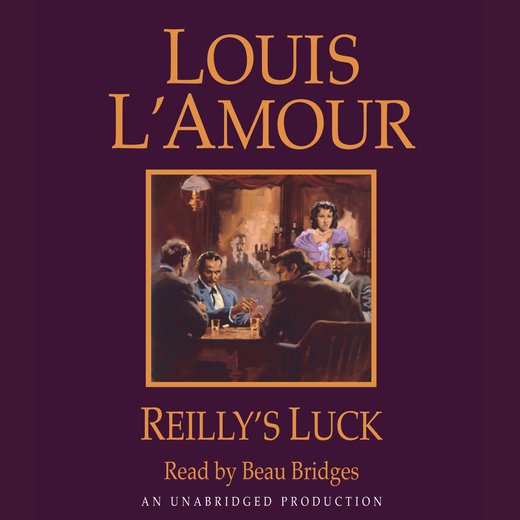 It was dark and cold, the only light coming from the crack under the ill-fitting door. The boy huddled in the bed, shivered against the cold, listening to the low mutter of voices from the adjoining room.

Outside everything was buried in snow. The window was thick with frost, shutting out what light there might have been. Once he heard boots crunch on the snow as a man walked back from the street.

Suddenly Ma’s voice lifted, strident and impatient. “I’ve got no time for the kid! Now you get rid of him! Let one of those farmers have him. They all seem to want kids. Lord knows they have enough of them.”

Then Van’s voice, quiet, even-tempered as always. “Myra, you can’t do that! He’s your son. Your own flesh and blood.”

“Don’t be a fool! There’s no place in my life for a kid.” After a moment of silence, she added, “What kind of a life could I give him? Batting around from cow town to mining camp? Get rid of him, Van.” Her voice rose sharply. “You get rid of him, or I’ll get rid of you.”

“Is that all it means, then? I knew you were a hard woman, Myra, but I thought I meant more to you than that.”

“You’re a fool, Van. Without me, you’d be cadging for drinks around the saloons. You take him out of here right now, and get rid of him. I don’t care how you do it.”

The boy tried to huddle into a tighter ball, tried to shut his ears against the voices, to close out the growing terror.

There was a mutter of voices again, and then he heard Ma go out, listened to her retreating steps as she walked along the path toward the street. For a few moments there was silence, then the faint clink of glass in the next room; the door opened, letting a rectangle of light fall upon the bare plank floor.

“Val? Are you awake? We’ve got to get you dressed.”

Anything was better than the cold bed, but he dreaded going out into the night, and dreaded more whatever was to come. He liked Van, and he trusted him. Sometimes when they talked Van referred to themselves as the two V’s.

Van was slim and tall, with a sort of faded elegance; there was a puffiness around the cheeks, and an ever-present smell of whiskey; but his easy good manners never failed him, and Val admired him for that, and for the stories of his boyhood that he often told Val when Ma was not around. She detested hearing Van talk about anything that had happened before they met, and would not tolerate any mention of his family or the schools he had gone to. His family had been wealthy, and the schools had been good schools.

Van struck a match and lighted the lamp. In the light, the bare room looked even more bleak and empty, even emptier than the rooms on the farm where he had stayed until a few weeks ago.

It had been cold there, too, although there was usually a fire in the fireplace, and the farmer and his wife had been kind. Then the farmer’s wife had become ill and nobody had any time for Val.

When he was dressed, Van took him into the other room. The boy rubbed his eyes against the stronger light, and then the outer door opened again and Myra came in. She did not look at him or speak to him. All she said was, “Get him out of here.”

Van shrugged into his buffalo coat, and then he picked up Val and carried him to the door.

“Get out!” her voice was shrill. “And close the door after you!”

It was icy cold in the barn. Van saddled his horse, lifted the boy to the saddle, and mounted behind him. He hesitated again, holding the boy to him and waiting while Val wondered when he would start. At last he touched his heels to the horse and they moved out of the barn. Van turned the horse to reach over and push the door shut, then they moved away toward open country.

Wondering, Val snuggled down inside Van’s buffalo coat. Why were they going that way? There was nothing out there but open plains, but he trusted Van, and in the warmth against him he closed his eyes.

They had been riding for several minutes when suddenly Van swore, and wrenching the horse’s head around, he turned back upon their trail. Snow was already covering their tracks, and it was bitterly cold.

When the lights of the town could again be seen, Van said, “Do you remember Will Reilly! I think you’ll be staying with him tonight.”

Val did remember him, a tall, wide-shouldered young man, not much older than Van, but somehow stronger, more forceful. He was a man who rarely smiled, but when he did his whole face seemed to light up. Val not only remembered him, he liked him. Maybe more than anybody, but he could not have said why that was so.

By the time they reached the hotel Val was chilled to the bone. Not even the heavy buffalo coat could keep out the bitter cold. Van tied the horse to the hitch rail, and carried Val inside to the stairs.

The clerk looked up. “Mister, you’d better not leave that horse out there. It’s forty below.”

They went up the stairs and down the carpeted hall. Van stopped and rapped at the door. When the door opened a wonderful warmth came out.

Will Reilly stepped back and let them come in, closing the door behind them. The chimney from the huge fireplace in the lobby came right through this room, accounting for the heat.

Reilly was in shirtsleeves and vest, and a gold watch chain draped from pocket to pocket of the vest. “What is it, Van? You know I’m expected downstairs. Couldn’t this wait?”

“All right, take my advice and don’t go back. If you need a stake I’ll give you the stage fare to Denver and enough to make a start.”

“Keep the boy until morning, will you? I couldn’t think of any other place to take him, and the boy likes you.”

“What do you think I am, a nurse? All right, put him down on the bed, but you be almighty sure you come back to get him in the morning, d’ you hear?” Then more quietly he added, “She’s a fool. That’s a mighty fine boy there.”

Van put Val down on the bed and helped him undress; then he covered him up. The warmth of the room after the cold Montana night made him very sleepy. It seemed as if he had been cold as long as he could remember.

There was a moment or two of subdued talking, then the door closed and Val heard the sound of footsteps going away.

Val opened his eyes and peeked at Will Reilly as the gambler combed his black hair, and buckled on his gun belt and holster. He caught Will’s eyes in the mirror and quickly closed his own.

Val opened his eyes and Will grinned at him in the mirror. Then Will came over to him and gently ruffled his hair. “You go to sleep, boy. You’ll be all right here.”

Reilly picked up a small holster with a derringer in it and buttoned it at a special place inside his belt. “A bit of insurance, Val, boy. We live in a harsh world.

“Always give yourself an edge, boy. You may never need it, but it saves a lot of worry. Learn to depend on yourself, and if you expect nothing from anybody else you will never be disappointed.”

He sat down on the bed beside Val. “Remember this, son. You are all you have. Learn . . . learn everything you can, then you will always know a little more than they think you know. Most people in this world are out to take you. It isn’t always their fault, but it is the way they live. If you know that, and make allowances for it, you won’t go far wrong.”