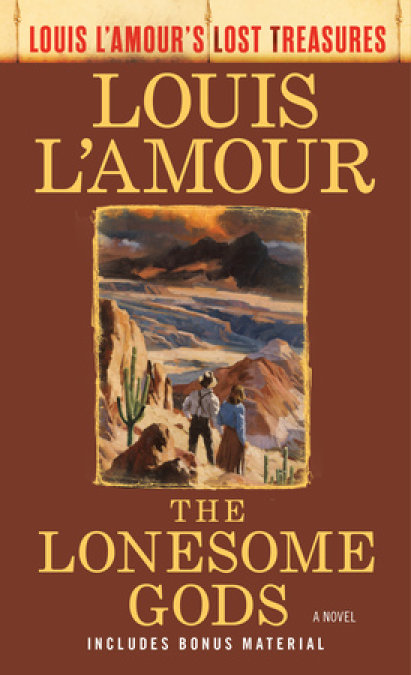 I am Johannes Verne, and I am not afraid.

This was the boy's mantra as he plodded through the desert alone, left to die by his vengeful grandfather. Johannes Verne was soon to be rescued by outlaws, but no one could save him from the lasting memory of his grandfather's eyes, full of impenetrable hatred. Raised in part by Indians, then befriended by a mysterious woman, Johannes grew up to become a rugged adventurer and an educated man. But even now, strengthened by the love of a golden-haired girl and well on his way to making a fortune in bustling early-day Los Angeles, the past may rise up to threaten his future once more. And this time only the ancient gods of the desert can save him. 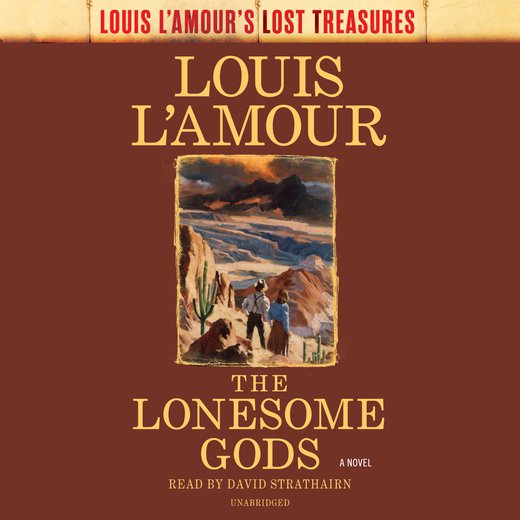 I sat very still, as befitted a small boy among strangers, staring wide-­eyed into a world I did not know.

I was six years old and my father was dying.

Only last year I had lost my mother. She died longing for that far-­off, lovely California where she was born, and of which she never tired of talking.

“Warm and sunny,” people said when speaking of California, but I knew it as a place where fear lived.

Now we were going there. We were crossing the desert to face that fear, and I was afraid.

My father sat close beside me trying to sleep, but torn occasionally by violent spells of coughing that caused the other passengers to turn their heads, some in pity, some in irritation.

Our wagon, drawn by six half-­wild mustangs, plunged into the night, rocking and rumbling over a dim track that only the driver seemed to see. Ours was a desperate venture, a lone wagon with two outriders attempting the crossing from Santa Fe to California.

Lying awake in the darkness, I remembered what people in Santa Fe had said. “It’s a crazy idea! One wagon? Even if they can slip by the Apaches, the Yumas will be waiting at the crossing of the Colorado.”

“Remember what happened to that last outfit? The Yumas agreed to ferry them across the river, but when they had half of them on the far side, the Yumas just took off with all their goods and stock. Left ’em to die in the desert, with nothing.”

“Only they didn’t die. Not all of them.”

“I’ll say one thing. If anybody could take a wagon through alone, it would be Doug Farley.”

“Maybe. But he’s only one man. As for me, I’ll just wait until spring and go through with a wagon train.”

When I told my father what they had said, he nodded. “We have to go now, son. I cannot wait.” He hesitated, then continued. “Some folks would think me wrong to tell you of this, but you must be prepared.

“I cannot wait until spring, Johannes. The doctors say I haven’t that much time. They say I am going to die. You will have to grow up without me, and growing up is never easy. People only talk about how wonderful youth is when they have forgotten how hard it was.”

We had gone together to see the wagon. Doug Farley had built it for the purpose, and the planks were not only tightly fitted but caulked so it would float if need be. The side walls were lined with a double thickness of buffalo hide to add more protection from bullets.

Eight people could ride in the wagon in some comfort, but on this trip there would be but six, including me, and I wasn’t very large. Each man and woman was required to have a rifle in good condition and at least two hundred rounds of ammunition. Each was required to demonstrate that he or she knew how to load and fire his or her weapon.

“We will travel by night,” Farley warned us, “wherever possible. No loud talking, no noise. No shooting unless we are fired upon.”

“What about hunting?” The question was asked by a thick-­necked, powerful man in a black suit. His name was Fletcher. He had a square, brutal face with small eyes. I did not like him.

“There will be no hunting,” Farley answered. “We have supplies enough, so there will be no need. A shot would only attract the trouble we’re trying to avoid.”

“You’ve been over this trail?”

“Five times, and I’ve scouted it just for this trip. Every stopping place is chosen now, and I’ve selected alternatives if something goes wrong.”

“The first time was with a party of mountain men. We had one hell of a fight—­five men killed, and we lost all our furs.”

“The army survey party was strong and we had no trouble except for losing some mules and one man who just wandered off and was lost.

“Another time, with a wagon train, we got through to Los Angeles, losing only two wagons and some stock.”

“It’s a little cow town about twenty miles from the sea. Used to be an Injun village. That’s the place we’re heading for.”

“Three hundred dollars each. Cash on the barrel head.”

“Take it or leave it. If you wait until spring, you can go through for half that. Maybe less. I am taking people who wish to go through now.” He paused. “We leave at daybreak.”

“How about my son?” my father asked.

Farley glanced at me. His eyes lingered for a moment. “He’s small. He can go for one hundred dollars.”

“That’s not fair!” Fletcher was irritable. “You asked for people who could handle guns. That boy certainly can’t.”

My father turned slowly to look at Fletcher. “As to that, my friend, we shall see. In the meantime, I believe I can shoot well enough for both of us.”

“What the hell does that mean?”

Father glanced over at Farley. “Mr. Farley? I am Zachary Verne.”

Doug Farley lit his cigar and dropped the twig back into the fire. “That’s good enough for me.”

Farley ignored the interruption. “He goes,” he said, and walked away.

My father dropped a hand to my shoulder. “Let’s get our gear together, son.”

As they walked away, I heard the heavyset man, Fletcher, protesting to the others. “Now, what does all that mean? He just says his name and Farley’s ready to take him on. The way he coughs, he won’t last the trip!”

“Whoever he is,” someone said, “Farley knew him.”

At our room my father told me to wait and he went in to pick up our few things. I sat on the bench shivering, thinking of that fierce old man who awaited me in Los Angeles. He had hated my father, and when my father and mother fled across the desert, he pursued them, hoping, it was said, to kill them both.

Nor dared I tell my father how frightened I was. He did not know of the times I overheard my parents talking when it was believed I was asleep. “After all,” I had heard my father say, “he is the boy’s grandfather. How could he hate his grandson?” And then he added, a note of desperation in his voice, “There is nobody else, Connie, nobody at all.”

Once my father had been tall and strong; now he was pale and shrunken from illness of the lungs and now he grieved for the wife he had loved and the son he would never see grow to manhood.

A dozen times, seeking some way out, they had repeated almost the same conversation. “Zack,” my mother would say, “what else can you do? There is nobody else.”

Then suddenly one night, only shortly before my mother’s death, my father had suddenly burst out, “There’s that other thing, Connie! If only I’d had sense enough to keep my mouth shut! He would never have known that I knew!”

“You were angry, Zack. You didn’t think.”

“I was angry, but that is no excuse. I was angry for Felipe. He would have told no one, but he was killed. Murdered.

“How could a man fall off a cliff he had walked and ridden a hundred times, in dark and daylight, in storm and wind? The night was moonlit, the trail was clear, and Felipe was a careful man. No, it was murder, it had to be murder.”

“He is a proud man, Connie. Pride of name and pride of family are an obsession with him. Of course, he isn’t the only one. Most of the old Spanish families are that way. The difference is that in California some of the first settlers were simply soldiers or mule drivers, and those who came later did not wish to be associated with them.

“In your father’s world a gentleman did not work with his hands, and a gentleman was always a man on horseback. In my world men who worked with their hands, men who could do, were the most respected. When I met you I was an able-­bodied seaman, even though my father was a ship’s captain, and that was what I intended to be.

“In his world a man like me never spoke to a man like him unless addressed, and then only with hat in hand and head bowed. To make it even worse, I was an Anglo and a Protestant. I don’t know how I had the courage to speak to you.”

My mother’s voice was low, but I heard her say, “I wanted you to. You were very handsome. My mother thought so, too.”

“Then three of your father’s vaqueros came to me and said if I ever spoke to you again, they would horsewhip me.”

“I told them they were fine men, handsome men, it would be a pity for them to die so young.”