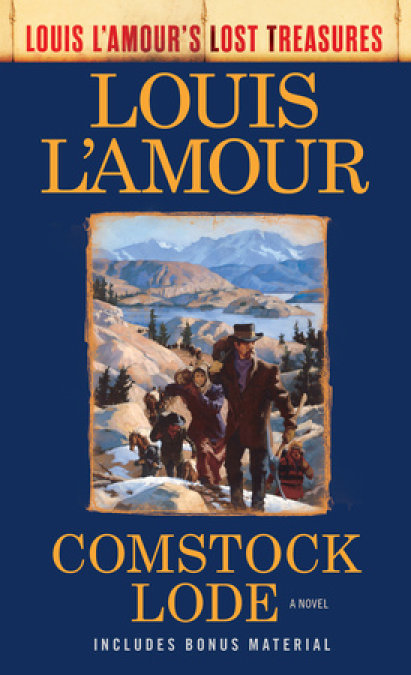 It was just a godforsaken mountainside, but no place on earth was richer in silver. For a bustling, enterprising America, this was the great bonanza. The dreamers, the restless, the builders, the vultures-they were lured by the glittering promise of instant riches and survived the brutal hardships of a mining camp to raise a legendary boom town. But some sought more than wealth. Val Trevallion, a loner haunted by a violent past. Grita Redaway, a radiantly beautiful actress driven by an unfulfilled need. Two fiercely independent spirits, together they rose above the challenges of the Comstock to stake a bold claim on the future. 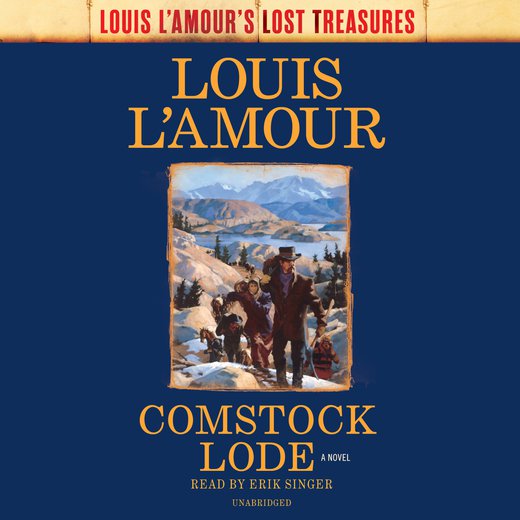 It began with a dream that ended in horror.

It began in a thatched cottage with wind around it and rain beating on the shutters, with a flagstone floor and the smell of fish frying, and his mother putting blue plates on the table and his father sitting by the fire. It began in Cornwall, in England, in 1849.

It began with listening to the storm blowing in from the sea and the fire hissing from occasional drops that fell down the chimney.

It began with Val Trevallion’s father saying, “Mary, we are going to America.”

His mother stopped, holding a blue plate in her two hands, staring at his father.

“We are going to California, to the goldfields. There will be no more mines for our son, and this day I have decided.”

Tom Trevallion leaned over and knocked his pipe empty of ash on the edge of the hearth. “Tomorrow we will go to Gunwalloe.”

“But aren’t there mines in the goldfields?”

“It is placer-­mining like we tinners used to do before the deep mines began. A man need not go underground there, nor a lad, either.

“Look at him! He has been a year in the mines now and the color is gone from him. He was a fine lad with a fine brown color to him when he worked with the fishing. I’ll not have it, Mary. He shall not live hidden from the sun as I have.”

“I’ve put by a little . . . not enough, but something. And we shall go to Gunwalloe by the sea for a few days.”

“To Gunwalloe? Oh!” She realized her husband was speaking of the treasure. “But it is useless. So many have tried, and some of them for years.”

“Aye. Yet I have been told a thing or two. I have spent days and nights with old Tregor. The man’s dying now and well he knows it. He’s always liked me, Mary—­”

“Your grandfather was shipmates with him. They went through it together, those two.”

“He’s whispered a thing to me, the old man has, and nothing about the money-­ship, she from whom the coins wash ashore from time to time. ’Tis another vessel entirely, their own vessel. When she was sinking off the Lizard some of the men escaped overside, each with his own keeping, the share each man had for himself. They tried to run up the coast to Gunwalloe where they had friends, but it was a bloody beast of a gale, and they went on the rocks off there, and only grandfather and old Tregor reached the shore.

“Most of what they had, and those with them, still lies yonder, off the rocks. No great treasure, mind you, but enough for California, I’m thinking.”

“But if you start diving off the rocks you’ll have half the village around you!”

“We’ve but one son, Mary, and he must have his chance. In the old days of tinners it was not a bad thing, working along the streams and such. We were out in the air and working for ourselves only. Now it is the big companies who have it all, and they do not like me, Mary. We tinners were a different breed, too free to suit them.

“It’s for America we are, a bit of land and a cow, some chickens for eggs, and a horse or two for riding or driving to a cart.”

His father was dark of visage, as Val would be, a man square-­shouldered and powerful from hard work and the lifting. A man who talked little but was listened to because of the manner he had. Those in charge at the mines liked his father little because of his straight back and the way he looked right at them when he spoke. Yet they kept him on because he was the best of them.

Val himself had gone into the mines at the age of twelve, as did most boys, but it was the change in him that led his father to move. That and some drive within himself that asked for better things.

The day the Trevallions left for Gunwalloe was a memorable one. Jenkins, the owner himself, had come around to the house to ask his father back, a thing unheard of, with all the village watching from behind doors and curtains.

“Leave now, man, and you canna come back. I will not have my men coming and going.”

“I shall not come back,” Tom Trevallion said. “There are mines over the sea, and I shall have one of my own.”

“Fool’s talk! What do you know of gold? You’re a tinner and a copper man, maybe, but gold? ’Tis another thing.”

“Have you money enough then?”

Val stood beside his father, a proud lad to see it, for never before had the owner come down to a miner’s cottage to ask after any man.

His father looked the owner in the eye and said, “Why don’t you come yourself, then? Sell this and come out to California. This—­” he waved a hand, “is but a teapot operation to what you will find there.”

This made the owner angry. “A teapot opera—­”

Jenkins grunted his disdain. “You dare to advise me? You’ll starve over there, if you manage to leave at all. You will starve or drown or be killed by savages.”

He started to turn away, his back stiff with offense. “You have been given your chance to forget such nonsense but now I’ll not have you. Go, then! Go!”

Jenkins strode away down the street, anger and damaged pride in every step. His father had turned to see his mother smiling. “Ah, Tom, if starve it is to be I shall starve a proud woman! Who would think to hear the owner told so completely. You are a bold man, Tom.”

“I shall needs be bold. Do not think I go lightly from here, Mary. We shall face trouble. But now we will go to Gunwalloe.”

“You will sell the cottage?”

“I have spoken to Edward Bayne, the new man who keeps the shop, and he would be having it from me, and a fair price, too.”

Val had looked up at his father then and asked, “Is it far to California?”

“A very small ship, I am afraid, with very many other people. Then, when we get to America, I must find work and when we know what we are about, we must buy a wagon—­”

“Aye. One is needed for the crossing of the great plains. We will need cattle for the drawing of it, and a horse for riding. And a rifle-­gun for shooting game.”

“But what of the wardens?” Mary protested.

“There are no wardens. The game run wild for any to hunt who will.”

“Have you shot a rifle?”

“I have not. Nor have I so much as held one in my hands. Here in England only the great landowners may hunt, so the only guns I have seen were in the hands of soldiers. But I shall learn. We all must learn.”

“It is like a moor. It is grassland, miles upon miles of it, with no trees but those along the streams, and there are few streams.”

He looked at her smiling. “Will Holder, you know? He who returned to Helston for his family? He said it would be five months in the crossing . . . perhaps six.”

He paused. “It is very far. We must carry with us all we will need. It will cost us dear to go to California, Mary, but it will be worth it.

“Do you remember Will Holder? He left here with nothing, and when he came back he wore fine clothes, had new boots, and with money to spend.”

They went down the road in the morning to Gunwalloe by the sea, and they went to the house where Mary Trevallion was born and where her brother Tony still lived. “You still have the boat?” his father asked.

“Aye.” Tony was a stocky man with a blue kerchief at his throat and a leather coat. “You have need of a boat?”

“There are fish in the sea, yonder. If you will help you may have a bit of what I catch.”

“You will catch nothing if you seek more than fish. John Knill searched long for the King of Portugal’s ship but found nothing. You will find nothing, too."