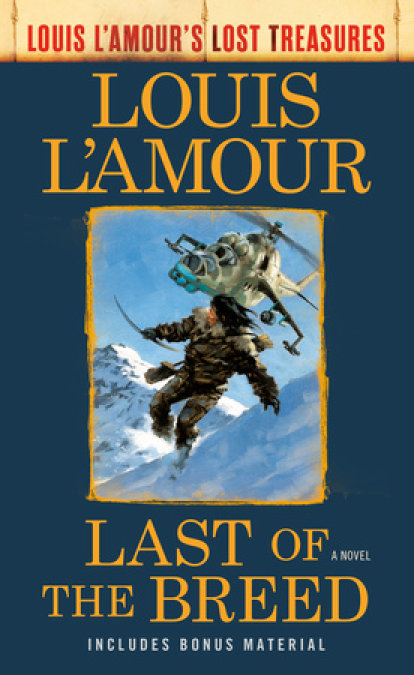 "For sheer adventure L'Amour is in top form."-Kirkus Reviews

Here is the kind of authentically detailed epic novel that has become Louis L'Amour's hallmark. It is the compelling story of U.S. Air Force Major Joe Mack, a man born out of time. When his experimental aircraft is forced down in Russia and he escapes a Soviet prison camp, he must call upon the ancient skills of his Indian forebears to survive the vast Siberian wilderness. Only one route lies open to Mack: the path of his ancestors, overland to the Bering Strait and across the sea to America. But in pursuit is a legendary tracker, the Yakut native Alekhin, who knows every square foot of the icy frontier-and who knows that to trap his quarry he must think like a Sioux. 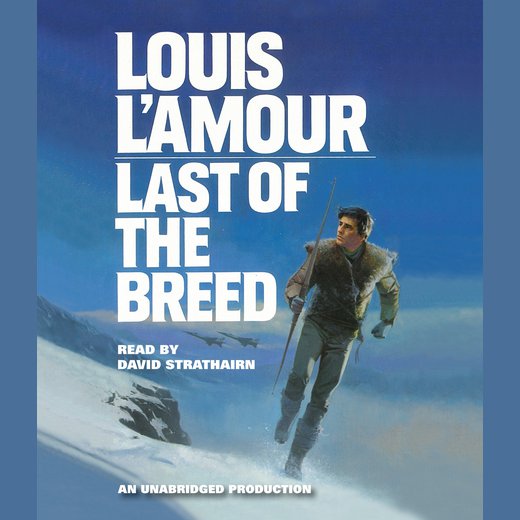 Major Joe Makatozi stepped into the sunlight of a late afternoon. The first thing he must remember was the length of the days at this latitude. His eyes moved left and right.

About three hundred yards long, a hundred yards wide, three guard towers to a side, two men in each. A mounted machine gun in each tower. Each man armed with a submachine gun.

He walked behind Lieutenant Suvarov, and two armed guards followed him.

Five barracklike frame buildings, another under construction, prisoners in four of the five buildings but not all the cells occupied.

He had no illusions. He was a prisoner, and when they had extracted the information they knew he possessed, he would be killed. There was a cool freshness in the air like that from the sea, but he was far from any ocean. His first impression was, he believed, the right one. He was somewhere in the vicinity of Lake Baikal, in Siberia.

A white line six feet inside the barbed wire, the limit of approach for prisoners. The fence itself was ten feet high, twenty strands of tightly drawn, electrified wire. From the barbed wire to the edge of the forest, perhaps fifty yards.

No one knew he was alive but his captors. There would be no inquiries, no diplomatic feelers. Whatever happened now must be of his own doing. He had one asset. They had no idea what manner of man they had taken prisoner.

The office into which he was shown was much like a military orderly room. The man behind the table was tall and wide in the shoulder. He studied Joe Makatozi with appraising eyes.

For the first time Colonel Arkady Zamatev was seeing a man who had been the center of his thinking for more than a year. Up to this point his personally conceived plan had worked with a fine precision of which he could be proud.

When he had first proposed the capture of Major Makatozi his superiors thought he had lost his mind. Yet information was desperately needed on some of the experimental aircraft the Americans were designing, and Makatozi had test-­flown most of them. Moreover, he had advised on the construction of some, had suggested innovations.

Only Zamatev knew there were three Soviet agents in the American division of military personnel assignment, no one of them aware of the others. All were Americans at whom no suspicion had been directed. The three had been carefully maneuvered into position for just such an emergency, and it was upon these three that he depended for the assignment of Major Makatozi to the Alaska command for a refresher course in Arctic flying before tests were made with a new aircraft.

It had not been difficult to arrange. A casual remark had been made about operating the new plane in sub-­Arctic temperatures; a few days later the question of a refresher course had been raised, if Major Makatozi were to pilot the new plane. And the rest had been up to Zamatev.

The provision for the secret prison camp had been made four years before. The necessity for understanding the extent and ramifications of advances in American and British military and naval technology had given birth to the plan. The intelligence services of the combined armed forces had completed the arrangements.

The idea was simple enough. Locate and seize certain key personnel, bring them to this camp, a place known to only the most powerful figures in the Politburo, secure what information their prisoners had, and then get rid of them. The disappearances would be few, isolated, and seemingly unrelated. The possibility of suspicion being aroused was almost nonexistent.

Operations had begun two years before with the seizure of a warrant officer, a very minor figure who, in the normal progress of his duties, had come into possession of some key information. That had been a modest success. Then the chemist Pennington . . .

When Colonel Zamatev looked into the eyes of his newest prisoner he was angered. The blue-­gray eyes were oddly disconcerting in the dark, strongly boned face, yet it was the prisoner’s cool arrogance that aroused his ire. He was unaccustomed to find such arrogance in prisoners brought to him for interrogation. It was not arrogance alone, but a kind of bored contempt that irritated Zamatev.

Colonel Zamatev had a dossier before him that he believed told him all he needed to know about the man before him.

A university graduate, an athlete who had competed in various international tournaments, a decathlon star of almost Olympic caliber. He had scored Expert with a dozen weapons while in the Air Force and was reputed to be skilled in the martial arts. This was straightforward enough, and there were many other officers in the Army, Navy, and Air Force whose dossiers were little different, give or take a few skills.

As much as Zamatev knew about the American flyer, there was an essential fact he did not know. Beneath the veneer of education, culture, and training lay an unreconstructed savage.

When prisoners were brought before Colonel Zamatev they were frightened or wary. They had all heard the stories of brainwashings and torture, yet there was in this man no evidence of fear or of doubt in himself. Zamatev was irritated by a faint, uneasy feeling.

“You are Major Joseph Makatozi? Is that an American name?”

“If it is not there are no American names. I am an Indian, part Sioux, part Cheyenne.”

“Ah? Then you are one of those from whom your country was taken?”

“As we had taken it from others.”

“But they defeated you. You were beaten.”

“We won the last battle.” Joe Makatozi put into his tone a studied insolence. “As we always shall.”

“You would defend a country that was taken from you?”

“It was our country then; it is our country now. Our battle records, in every war the United States has fought, have been surpassed by none.”

Zamatev’s irritation mounted. He prided himself on an unemotional detachment, and his manner of interrogation was based upon a casual, seemingly friendly attitude that disarmed the prisoner, who, before he realized it, was trying to reciprocate. The American’s arrogance was making this approach difficult.

Zamatev also had au uneasy feeling that within seconds after entering the room Makatozi had assessed all it contained, including himself.

Zamatev had based much of his planning for the preliminary interrogation on the fact that Makatozi was of a badly treated minority.

In an effort to turn the interrogation into preferred channels, Zamatev indicated a thick-­set, powerful man sitting quietly on the bench watching Makatozi through heavy-­lidded eyes.

“As an American Indian you should be interested in meeting Alekhin. He is a Yakut, a Siberian counterpart of the American Indian. The Yakuts have a reputation in the Soviet. We call them the iron men of the north. They are among our greatest hunters and trackers.”

Zamatev returned his gaze to the American. “It is the pride of Alekhin that no prisoner has ever escaped him.”

Joe Mack, as he had been called since his days of athletic competition, glanced at the Siberian, and the Yakut stared back at him from flat, dull eyes of black. A small blaze of white where the hair had lost color over an old scar was his most distinguishing characteristic. He exuded the power of a gorilla and had the wrinkled, seamed face of a tired monkey until one looked a second time and recognized the lines for what they were, lines of cruelty and ruthlessness. Nor, despite his weathered features, was he much older than Joe Mack himself.

With deliberate contempt Joe Makatozi replied, “I don’t believe he could track a muddy dog across a dry floor!”

For an instant Zamatev had a queer feeling that a page of history had rolled back. Suddenly, in his small, bare office, two savages faced each other, each a paragon of his kind. A thrill of excitement went through him, and for a moment he was tempted to let them fight.

Zamatev’s voice was a whip. “Alekhin! Sit down!”

His eyes went to Joe Mack. “Understand your position, Major. You are our prisoner. You are believed to be dead. So far as your country is concerned, you and your plane were lost at sea. No inquiries have been made, nor are any likely to be made.

“If you are to live it will be because I wish it, and your future, if any, depends on your replies to my questions. I will accept only complete cooperation, including a complete account of your operations as pilot of several varie­ties of experimental aircraft.

“You are an intelligent man, and I shall allow you twenty-­four hours in which to consider your position. If you are reasonable you may find a place of honor among us. You will be permitted to retain your rank and the privileges pertaining to it. You can serve us, or you can die.”