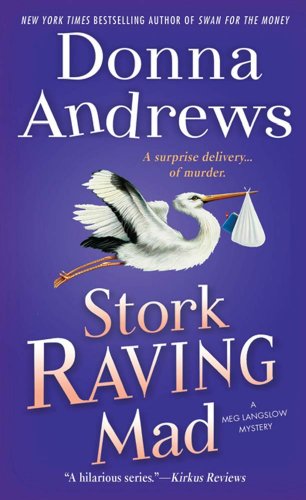 Meg Langslow is pregnant with twins when Michael asks if she wouldn't mind having a houseguest. One of his doctoral students is directing his new translation of a play by a minor Spanish playwright, who has agreed to come to town for the production. Surely they can spare some room for such an important academic cause? Senor Mendoza turns out to be a partygoer who loves to spend raucous evenings among adoring students...at Casa Langslow. Into this chaos arrives the dean of the English department, who insists the play be canceled. Then the unthinkable happens: the dean is found murdered, and Meg's house has become a crime scene. Now it's up to Meg to help Chief Burke solve the murders, rescue the student's dissertation, make sure Michael doesn't lose tenure, and, while she's at it, give birth to twins. Encore! Encore! 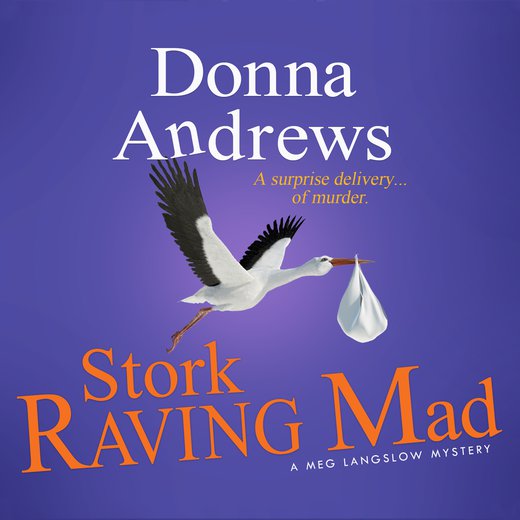 Excerpted from Stork Raving Mad by Donna Andrews.
Copyright 2010 by Donna Andrews.
Published in 2010 by Minotaur Books.
All rights reserved. This work is protected under copyright laws and reproduction is strictly prohibited. Permission to reproduce the material in any manner or medium must be secured from the Publisher.