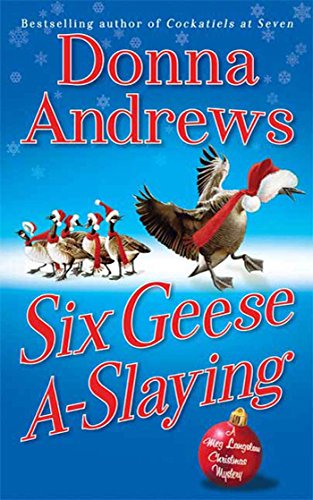 Meg Langslow and Michael's house is serving as the marshalling point for the annual Caerphilly holiday parade. The theme is The Twelve Days of Christmas, and it features twelve drummers from the school's marching band, eleven bagpipers, ten leaping lords costumed in medieval finery from the college's drama department, and so on. There are also assorted floats, a live nativity scene on a flatbed truck, the three wise men on Caerphilly Zoo camels, and Santa in a bright-red horse-drawn sleigh. As the organizer, Meg's job is already hard enough, but when her nephew Eric, wide-eyed and ashen-faced, whispers Something's wrong with Santa..., things take a tragic turn. It turns out that the local curmudgeon, whose beard and belly made him a natural for the role, has been murdered. Now it's up to Meg and Chief Burke, who is playing one of the wise men, to tackle a two-fold mission: solve the murder and save Christmas. 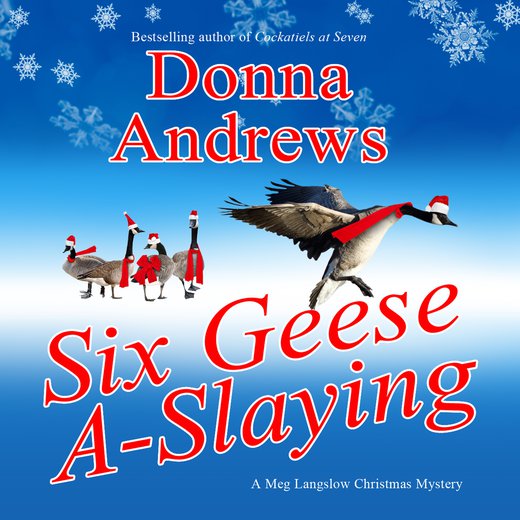 Excerpted from Six Geese A-Slaying by Donna Andrews.
Copyright © 2008 by Donna Andrews.
Published in November 2009 by St. Martin's Press.
All rights reserved. This work is protected under copyright laws and
reproduction is strictly prohibited. Permission to reproduce the material in
any manner or medium must be secured from the Publisher.