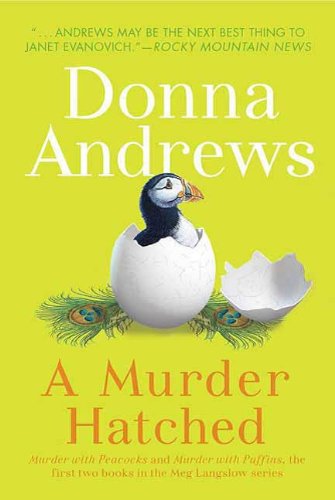 From ducks to penguins to peacocks to parrots, Donna Andrews knows her birds! And she's channeled all her skill and winning humor into one of the most accomplished, entertaining cozy series around. It all began with Murder with Peacocks, which won the St. Martin's Minotaur/Malice Domestic Best First Traditional Mystery Novel Competition. Upon learning that her novel had won, Donna acquired a copy of the Peterson Field Guide to Eastern Birds and settled herself down with her zany heroine, blacksmith Meg Langslow. The fun has not stopped since. Murder with Peacocks scooped up the Agatha, Anthony, and Barry Awards, along with the Romantic Times award for best first novel and the Lefty award for the funniest mystery.

See how this stunning, laugh-out-loud series all began and meet Meg Langslow, one of the most dynamic and hilarious characters ever to grace the mystery shelves.