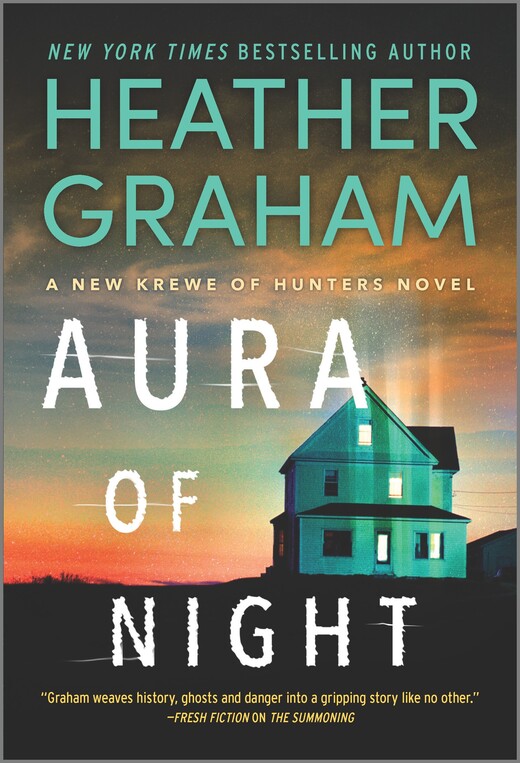 True evil never dies. It only waits in the dark.

All book editor Megan Law wants is to bury the memory of her brutal kidnapping and move on with her life. So when her publisher asks her to spin her hellish experience into the next bestseller, Megan agrees only because it might help keep other women safe. Then a mysterious, gruesome package arrives in the mail—a reminder that the nightmare isn’t over just yet.

FBI investigator Ragnar Johnson is running out of time. He knows in his gut there's more to the recent Embracer killings, and he needs Megan's help. Even with their rocky past behind them, working together now isn’t going to be easy. But when things take a deadly turn, Megan and Ragnar discover a deep connection that they'll have to use, because something is trying to tear them apart…forever. 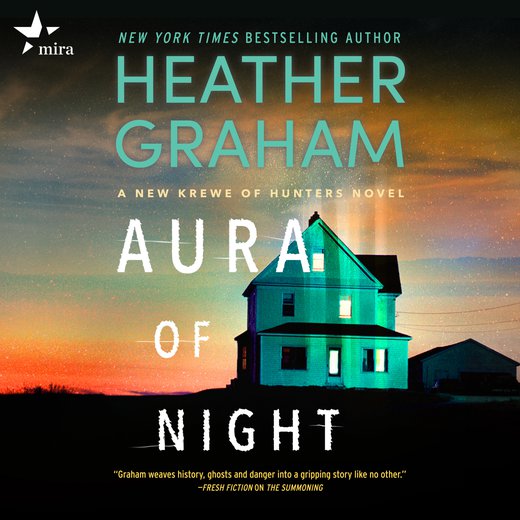 “There’s such a rush! You can’t begin to imagine the rush, the adrenaline racing through your system. Though I suppose every man is different. You know that,” Rory Ayers said, sitting back in the hard metal chair. The accused crossed his arms over his chest heedless of the clanking chains he was wearing. Ayers’s trial wouldn’t come up for a few months, but he was being held without bond, charged with kidnapping at the very least and—by his own confession—multiple murders.

But in this case, every murderer was different.

The Bureau and the prosecutors were still trying to unravel the horrors of the “Embracer” killings, which had been committed by at least two killers.

“You mean the attempted murder of your own daughter?” Ragnar asked.

Ayers waved a hand in the air. “Not my daughter! I told you, her mother was pregnant when I married her.”

“You made that choice.”

“She had the money.”

“But you raised her daughter.”

“That never made her mine. And I had to do what I did. Your people were sniffing around Jim Carver, and I had to do something. That idiot. He was supposed to be my disciple. I told him his damned letters to the press were ridiculous.”

“Still, in the end, you were trying to please him. But you kidnapped the wrong woman. Kind of sad, the way you capitulated to everything he wanted. I mean, you claim you’re the original.”

“The original ‘Embracer’—as some labeled me.” Ayers shrugged. “I couldn’t help the way Carver turned out. The breakout from the bus! They’ll throw the book at him for that one.” Ayers’s accomplice had managed a dramatic escape from custody, but Ragnar and his team had recaptured him.

Ragnar sat back, shaking his head. “I believe that ‘the book’ is being rightfully thrown at you. But the DA might be convinced to take the death penalty off the table if you cooperate and help us discover the identities of all your victims.”

“At the moment, Mr. Ayers, the federal prosecutor is seeking the death penalty.”

“I will live a long life. And you just never know when my circumstances might change. I’m a rich man, even in custody.”

“Hmm. Well, I’ve heard that even for rich men things can be tough.”

“Not when you can pay the right people.”

Sadly, that could be true. Ragnar had done undercover work once in a federal penitentiary, and he knew there were “brotherhoods” who offered protection for the right price.

He smiled icily. He also knew there were those in prison who despised men like Ayers.

“The thing about prison is it can be hard to contain all the personalities,” he said. “And some people who have been put away in maximum security consider themselves to be above others. Their crimes had just cause while yours... Well, some of those men have daughters. And when they learn you tried to murder a girl you raised...” He shrugged as he let his words fade out.

Ragnar was glad to see the tic in the pulse in the man’s vein at his throat—a giveaway that he had irritated him.

And his words of warning might have been truth.

But Ayers managed a smile. “You still just don’t know the half of it!”

“And you could help yourself by telling me the half I don’t know,” Ragnar said.

“Send the pretty agent in—you know who I mean. The one Jim wanted so badly.” He started to laugh. “I’d have enjoyed the sister just fine. Megan. Beautiful girl. All that blond hair with the red lights like sunset! Those eyes...emerald pools of terror!”

Only experience and great effort kept Ragnar from betraying his own anger. Agent Colleen Law and her sister, Megan, had been targeted by the serial killers, but had managed to escape them.

“Well, Megan held it together. That’s kind of why you’re here, isn’t it? And I’m afraid Agent Law is gone, and you can’t fantasize about what you’d like to do with her if she were the one questioning you.”

“Gone?” Ayers seemed truly disconcerted. “You mean, she quit? She moved? She kicked the can?”

“Ah, too bad. Not that I would have told her anything anyway, but it would have been so nice to chat with her awhile. So, they send in the bruiser. They think you’ll intimidate me with your size. Well, you can’t do a thing to me while I sit here. Not a thing.”

“I don’t need to do a thing to you. You’re in here now. The law will take care of you. And you will get the death penalty unless you try to negotiate a life sentence.”

Ayers just stared at him. He seemed a little too comfortable, almost lounging in the hard metal chair. And then he started singing. A really wretched rendition of Frank Sinatra’s “New York

Ragnar raised his eyebrows in question.

Ragnar stood, ready to leave. He wasn’t getting anywhere.

He called the guard and headed toward the door.

“You don’t know the half of it!” Ayers screamed after him.

Ragnar ignored the man. Ayers screamed the words over and over again.

Then when the guard came and Ragnar stepped out, Rory Ayers started singing again.

The door slammed closed behind him. Ragnar thanked the guard, then collected his weapon from the man on duty, an officer he’d come to know named Brendan Kent.

“That is one sick puppy,” Kent said, shaking his head as he handed Ragnar his weapon. “I’m damned glad the man is locked up tight, and I hope it stays that way.”

“I believe it will.”

Kent shook his head again and sighed. “The things people can get away with if they get lucky in court. I sure as hell may not make the money, but I’m damned glad I’m not a defense attorney.”

Kent was a man of about thirty with light-colored hair who seemed pleasant most of the time.

“Yeah, I don’t think that route would have been for me either,” Ragnar said. “Then again, we have defense attorneys for a reason. Remember, we’re all innocent until proven guilty.”

“Not much to prove with him—the bastard admits it!”

“Yeah. I’m not seeing a bright future there,” Ragnar said. “Anyway, thanks. I’ll be back.”

“I’m glad that even talking to him is your job and not mine. Or guarding him. Thankfully, they switch duties around, so no one is stuck escorting him to interrogation and his legal meetings again and again.”

A few other people were leaving at the same time. A local detective he’d met briefly, and two men he figured to be attorneys. They tended to dress in similar suits and carry laptops and folders in the same briefcases. One of them was an older man, haggard, and looking as if he were ready to call it quits; one was younger and had a hard and determined look on his face.

Ragnar observed that while they had exited the facility at the same time, the lawyers didn’t seem to be together. They didn’t talk or confer but headed toward different rows of cars.

Ragnar lifted a hand in farewell to the detective, who returned the gesture with a nod. He thought he might have met or seen the older attorney in action, but the man was walking with his head down and Ragnar couldn’t be sure. The younger attorney strode as if he were deep

in thought, and he must have been: he walked into the rear of another car on his way to a navy sedan.

Ragnar had heard a young attorney from the public defender’s office had been one of the first to work with Rory Ayers. He’d probably gotten the gig because none of the others had wanted to deal with it. Yet, on such a case, experience would be needed just to avert the death penalty.

Defending criminals wasn’t Ragnar’s problem. His job was finding proof against them, getting justice, and trying to bring some peace to families, friends, and survivors.

That’s why he’d been there today.

But he was glad to be leaving. And he was glad Mark Gallagher, Colleen Law, and Mark’s dog, Red—his partners on the case they believed had ended with the incarceration of both Carver and Ayers—were far away.

They were out of the country on a honeymoon. The powers that be in the Krewe of Hunters unit had insisted they take one.

They knew he and Carver had killed certain women. And Ayers had attempted the murder of his own legal child, a young woman who’d been saved by the curious and unique talent that was Colleen Law’s acute and inexplicable sense of hearing.

You don’t know the half of it.

Jim Carver had said those same words right before they’d discovered Megan Law had been kidnapped, and the killers were trying to lure Colleen to them as well.

Megan Law worked in New York City. It had been Megan’s strange talent of understanding the true meaning in a person’s words that had led them to knowing that another killer was, indeed, out there.

Megan Law might have known what Rory Ayers meant now.

Ragnar thought about the friction between himself and Megan, and he also thought about catching her when she had passed out cold, but only after the incident had been over. She’d held her own until the end.

All that blond hair with the red lights like sunset. Those eyes...emerald pools of terror.

He remembered Megan’s eyes, and the way she had looked at him, as she’d come around.

Two things struck him. He could have used her unique ability today, hidden away in the observation room, listening to Rory Ayers.

And a second thing, so much worse...

gave himself a shake, hurried to his car, and put through a call to Jackson Crow, the Krewe’s director of field operations.

It was early in the day. Luckily, he had gone to the correctional facility at just about the crack of dawn, which meant the day stretched before him. New York City was a two-and-a-half-hour drive from the DC area depending on traffic and the driver, and Ragnar sure as hell knew how to drive.

He needed to reach NYC. Make the right phone calls as he drove to get there.

He didn’t have Megan’s ability to read the secret meaning in words.

Even so, his sense of urgency grew with every passing minute.

He needed to reach Megan. She could be in danger.