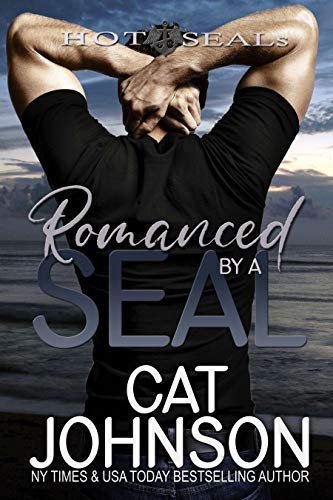 Romanced by a SEAL: A Hot SEALs Wedding

*A USA Today Bestseller* He traveled to hell, danced with the devil and made it back to her, but his toughest challenge is still ahead...getting her to marry him.
As a SEAL, Jon Rudnick dodged copper and lead without flinching, but just the thought of one tiny gold band around his ring finger has always sent him into a cold sweat. Love is one thing, but marriage is another. He's not sure he's ready for that just yet, until a near miss serves as a wake-up call he can't ignore.

Now he's ready, but his girlfriend Ali has gone from rushing him toward the altar, to running in the opposite direction at full speed. Hell if Jon can figure out why, but he knows one thing—all's fair in love and war. He's not going to rest until he makes Ali his again. This time for good.

Romanced by a SEAL is a STANDALONE title in the Hot SEALs series with an HEA and NO CLIFFHANGER. You do NOT have to read the other titles in the series to enjoy this one.