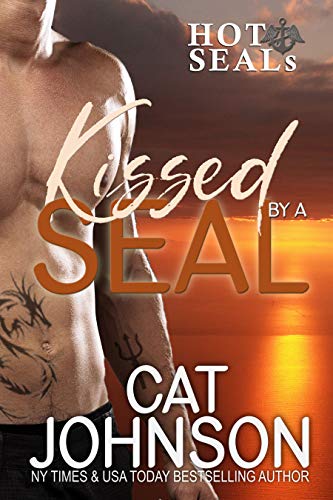 A deadly sexy SEAL. His best friend's sister. An assignment gone very wrong. A USA Today Bestseller!
Retired Navy SEAL Chris Cassidy knows the bro code—no messing around with teammates' sisters. But, Chris never was one for following rules. Besides, Rick's gorgeous sister Darci is worth breaking a few rules for.

Darci Mann is tired of being alone. Since Zane, the bad boy SEAL she had a crush on, fell in love with someone else, and her best friend Ali found her own happy ending, Darci's feeling her single status extra keenly. Though she suspects her brother's friend Chris would be willing to change that if she decides to let him.

When a routine assignment turns deadly and Chris switches from charming joker to trained killer, willing to kill or die to protect her, Darci might have to reevaluate her feelings about the perpetual bachelor and her own life and future with him.

Darci had finally begun to warm up. “Yes, thank you. It’s much nicer inside.”

He shook his head and laughed, but even as he kept up his half of the small talk, she noticed his eyes scanning the room.

A crease formed between his brow.

“It’s probably nothing. But it feels like the engines just revved up.” He glanced out the window. “And we’re turning.”

“Maybe the captain is taking us back to the marina.” The sun had set and it was dark outside. They were about to put the food out for dinner. The trip would probably wrap up as soon as they ate.

“Maybe.” He pushed his chair back from the tiny corner cocktail table they’d claimed as their own. “I think I’m going to make a quick sweep. Stop by and talk to the captain. See what’s up.”

That didn’t surprise her one bit. He took his job seriously. What she didn’t understand was what he was worrying about. They were out in the ocean. Miles from shore. What could happen out there?

He leaned low and brushed a kiss against her cheek. She thought he was feeling amorous until he hovered by her ear and said, “Earpiece still working?”

“Good. Anything odd happens here, you let me know.”

“How?” She asked when he’d straightened to stand again.

“I don’t know. Talk into your napkin or go to the ladies room. You’ll figure it out. I have faith in you.” He grinned and was off, leaving her alone in a room full of strangers and with the job of keeping an eye on them all.

This job was less fun than she’d thought it was going to be. Even the excitement of the James Bond earpiece had worn off. And it was starting to hurt her ear.

She watched out the window as one especially bright star shifted position. Chris was right. They were changing direction. Hopefully they’d be heading back in. Then tonight’s wedding events and their workday would be over, and it would be time for fun.

Darci smiled at the thought of watching Chris strip after they got back to the room, guns and all.

Yelling in a foreign language dragged her attention from the view outside the window and her fantasy and back to the present. There were gasps and shouts. One woman screamed.

A single gunshot silenced the people in dining room.