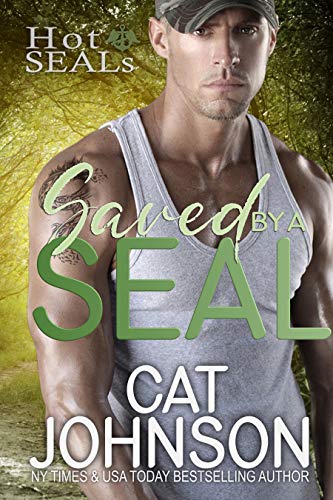 Saved by a SEAL: A Friends to Lovers Romance

A Navy SEAL. The girl from his past. A deadly kidnapping. A USA Today bestseller!
"Amazing!" Shameless Book Club
Zane Alexander was born with a silver spoon in his mouth, but the rebellious bad boy traded it, along with his share of the family fortune, for a Navy SEAL trident and freedom from his controlling father.

Ten years later, Zane's teammates are depending on him to secure the startup capital they need to open their security company and he's gambling on his skills at covert operations to get it. For a million dollars he'll fake interest in Missy Greenwood, the Senator's daughter he grew up with, who his father now wants him to date in exchange for the investment.

When Missy is kidnapped and Zane and his team are sent to Nigeria to rescue her, there's no more faking when the danger and the emotions turn very real.

ENJOY THIS EXCERPT FROM SAVED BY A SEAL
“Twenty four students, all females aged sixteen-to-eighteen, and two teachers, one American and one British, both also females, were taken three days ago from a government secondary school in Chibok in Borno State, Nigeria. Boko Haram has claimed responsibility.”
If Grant was still talking, Zane didn't hear. He was too occupied reviewing the details. Students and teachers were being taken right out of schools in Nigeria. He knew he should have convinced Missy to not go. He'd told her it was dangerous but he hadn't stressed just how dangerous it could get.
“Now here's the bad news.” Grant paused and looked from man to man.
Zane's brows rose. If what he'd just heard was the good news, he was afraid to hear what Grant had to say next.
“One of the teachers is the daughter of Senator Greenwood.” The roaring in Zane's ears was so loud he could barely hear Grant's words as he continued. “The assumption is that Boko Haram doesn't know who they have or they would have already made demands in exchange for her. Time is of the essence. It's crucial we get to this woman before they figure out who she is.”
Zane felt Jon's hand on his back. “You okay?”
“It's Missy.” Jon frowned, so Zane elaborated, “Missy Greenwood. Senator Greenwood's daughter. The kidnapped teacher is the woman—”
“You grew up with. The one your father wanted you to date in exchange for the money.” Jon finished Zane's sentence as his eyes widened with realization.
Zane continued, “And the woman you heard me dumping on the phone the morning after I slept with her.”
Only they hadn't actually slept.