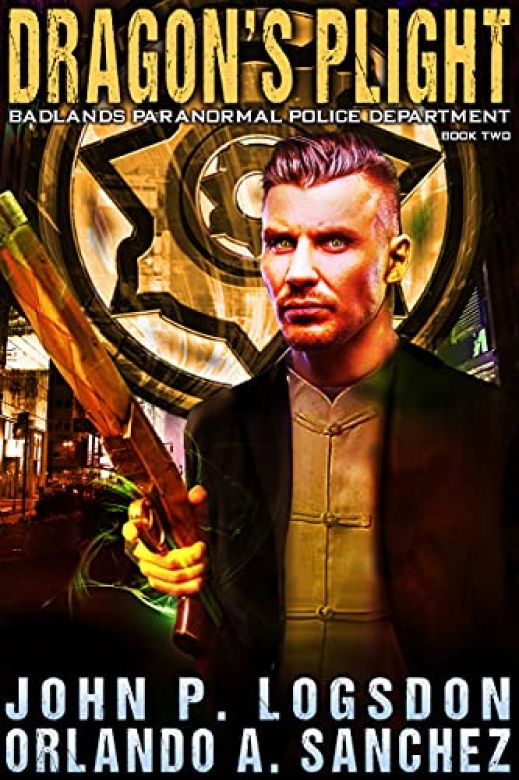 Chief Zeke Phoenix survived his funeral party…barely. Now survival turns into mayhem management as he works to turn his team's begrudging respect into a force that’ll keep the Badlands in check.

When an unmarked package hits his desk, mayhem turns to chaos. The package’s contents trigger a chain of events, leaving the only true law of the land understaffed, unarmed, and under attack.

They're one major assault away from being wiped out.

But Zeke Phoenix isn’t about to let that happen.

Needing a new batch of weapons—and fast—Zeke leads his crew across the wasteland. Forced to join with assassin hellions, they battle a constant barrage of villainy. If that wasn't bad enough, Zeke's little brother is along for the ride.

The question is whether Babysitter Zeke and the Badlands PPD can survive this road trip before they crash and burn.

~ This is a kickass, action-packed, snarkfest that can only be described as Smokey and the Bandit meets Mad Max. ~

The Paranormal Police Department has delighted thousands of readers with action, adventure, outrageous (and often offensive) comedy, and tons of snark. Grab your badge and join the legion of fans who keep begging for more...

Thousands of readers have found a home with the paranormal police department. Get your badge today!