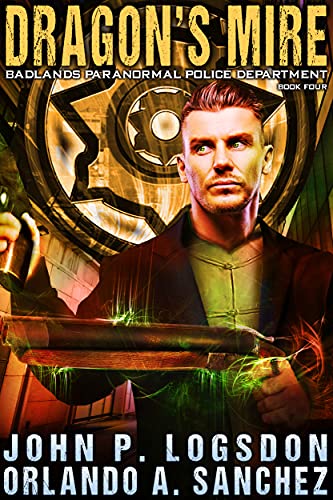 The dragon is learning...
Chief Zeke Phoenix of the Paranormal Police Department is rebuilding the precinct and taking over Infernal City, but he knows war is just around the corner.

Masters was put on his heels, but he's no fool and he's got plenty of contacts. Francis from The Morgue, for one. In other words, Masters has an army of zombies at his fingertips. These aren't the slow type of zombies, either. They're the kind that rip and shred.

Worse, they're coming after Hilda and the Highland Valkyries. After that, the PPD precinct will be under siege again.

There's also a secret that holds the potential to split the thin layer of stability in the Badlands.

As if that wasn't bad enough, Zeke is wrestling to control the dragon he's recently unleashed.

The Badlands just became an even darker place...