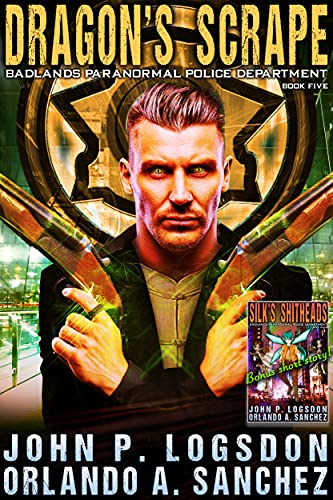 If there's one thing the Badlands cannot tolerate, it's a dragon king. They're vicious, single-minded, and love inflicting pain.

Chief Zeke Phoenix of the Paranormal Police Department is fighting every day to avoid being consumed by his royal blood. Little by little, he's losing the fight.

Rake Masters understands that if he can kill Phoenix, ancient magic will transfer the royalty to him. Masters will no longer be a large player in Infernal City and a small player in the land of the dragons. He'll own it all, and he'll crush those who spat on his family name.

That puts Infernal City in the heart of war.

The two sides build their positions and prepare for bloodshed that's to come. The full bore of the PPD, the amassed gangs on both sides, hellions, goblins, valkyries, a pixie brigade, a single troll, and the land of dragons will square off to see who truly owns the Badlands.

Zeke Phoenix is the only person who can end it, and he's the most dangerous of them all...