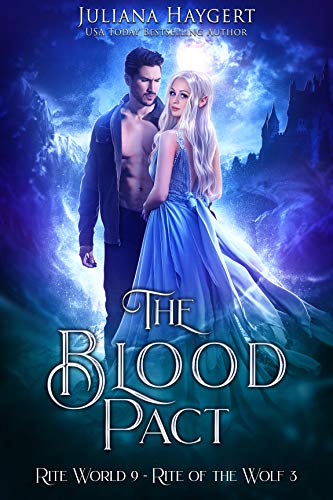 The Blood Pact: Rite of the Wolf

A fae queen that's tired of running. A wolf shifter looking to fight back. And a king that will bring the magical world to its knees.

Farrah
I don't know where Wyatt and I stand. Yet what I do know is that war is coming—and if I don't stop it, the supernatural world will never be the same.
The Fae King and his armies are spreading across the land. To defeat him, I'll have to make an alliance with my enemies, the Bonecrown Coven. They're willing to help me kill the King if I promise myself as a sacrifice for their dark magic afterward.
Everything seems bleak, and we're desperate. This is our last chance to save the magical realm. But I don't know if Wyatt and I can save each other.

Wyatt
I've made mistakes, and I can't take them back. The worst of my bad decisions cost me my mate—and I'll do whatever it takes to get her back.
But to keep her safe, I'll have to destroy the demon I made a deal with long ago... and help Farrah bring down the worst villain the supernatural world has ever known. I'm willing to put everything on the line to make sure Farrah comes out of this alive.
Even my own life.

The epic last installment in Farrah and Wyatt's tale, THE BLOOD PACT is a paranormal love story filled with fae, adventure, and forbidden romance. This is an urban fantasy series for the ages!