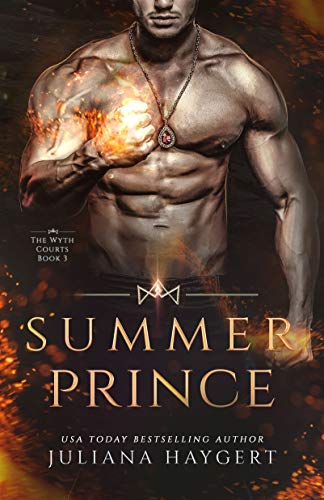 He's trapped in a dark land, and she's his only hope of escape.

Locked in a vicious battle with the tyrant king, a spell is cast on Prince Varian of the Summer Court that transports him to a realm of ghastly monsters and unspeakable horrors. There, he is imprisoned by ogres and learns of a powerful witch who may hold the key to his return to Summer Court.

But this magical enchantress is far more than she appears...

After living in the beastly land for ten years, Layla holds no hope of ever returning home—until she hears whispers of the ogres' fae captive. Desperate to leave the torturous realm behind, she ventures out in hopes of achieving the impossible.

Brought together by their mutual goal of escape, Varian and Layla embark on a race against time to return to Summer Court. Battling their way through treacherous terrain, they find themselves fighting a reignited war and their growing desire for each other. Can they make it back before Varian's kingdom falls? Or will they have nothing to hold but each other has their world comes crumbling down?

Summer Prince is a standalone steamy paranormal romance with a HEA. Each book in the Wyth Courts series will feature a different couple, with a complete story, and a HEA. Suited for readers 18+ due to language and sex scenes.