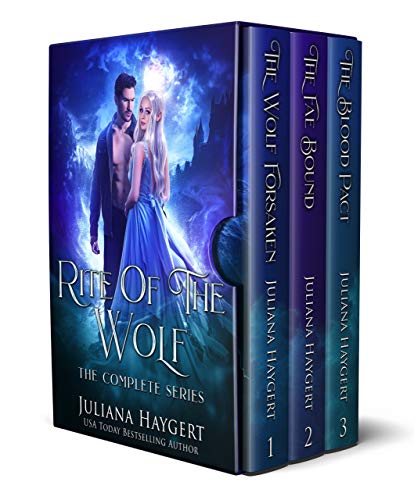 A fae on the run. A wolf outcast without a cause. And a prince who will stop at nothing to get what he wants...

Years ago, I promised my hand in marriage to the prince of the fae, in order to save my friends. Now I'm trying to save myself from his ravenous desire. To escape the prince, I'll have to journey to a realm that's not part of this world, and hope he never finds me.

But there's a wolf that's determined to hunt me down... and his instinct is aching to take me as his own.

When Farrah left long ago, I was beyond devastated. I've been living as a rogue wolf in the wild for years, hoping above hope that she would come back to me.

Now that I've found her again, I'll never let my mate go. I'll make allies with fallen angels and enemies with faeries if it means keeping Farrah out of the clutches of the fae prince.

I just didn't plan for everything to go horribly wrong.

A new adult paranormal romance that's another exciting trilogy to the Rite World! Travel to new worlds and form alliances with supernaturals in this continuation of Juliana Haygert's thrilling urban fantasy saga!