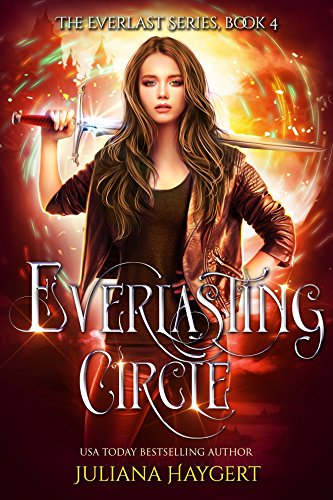 Her fight against darkness will only delay death...

With the last battle fast approaching, the time to gather allies for an army is running out. As are the number of days left in Nadine's life.

Despite Micah's insistence that they find a way to stop Nadine's impeding death, she chooses to focus all her attention on strategies to win the war instead. With a new hero, a new god, and new abilities, she starts to believe they might actually have a chance to lift the never-ending veil of darkness. Until a betrayal throws a wrench into their carefully made plans, setting them back to square one.

Lost and angry, Nadine contemplates giving up, but her warrior spirit won't allow her to admit defeat. Her time on this Earth might be ending, but she has too much to accomplish before she dies. Against all odds, Nadine will keep fighting to win the war... even if it takes until her very last breath.

If you like Urban Fantasy Romance with Post-Apocalyptic elements, you'll love the conclusion to this action-packed story about destiny, self-discovery, and love. The Everlast series will entice fans of Lauren Kate, Cassandra Clare, and Kim Harrison.