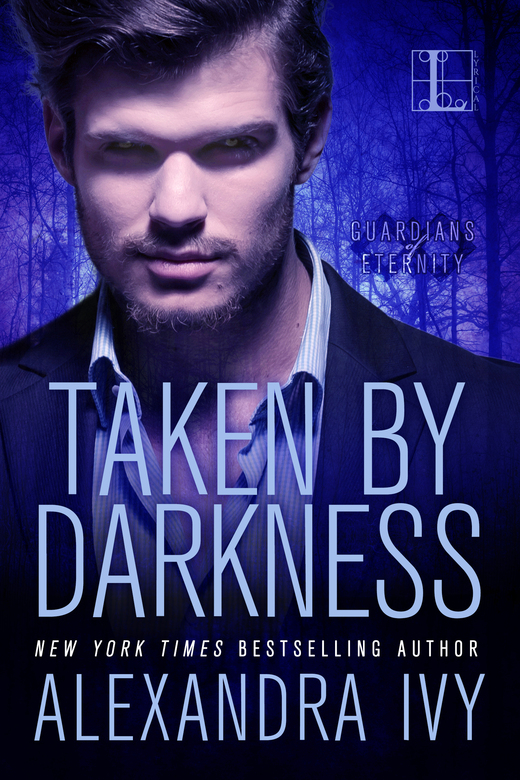 In this sizzling new collection, three women fall under the spell of three irresistible vampires who promise to satisfy their every desire. . . "Highland Blood" by Hannah Howell When Adeline Dunbar finds an abandoned baby on her doorstep, she sets out to find his clan. Attacked by a group of demon hunters, Adeline tries to flee her rescuer, vampire Lachann MacNachton. But escaping Lachann proves useless--as does denying the primal hunger he stirs deep within her. . . "Taken by Darkness" by Alexandra Ivy The daughter of a witch, Juliet Lawrence has inherited magical powers--powers that could be quite useful to Victor, Marquess DeRosa, London's most powerful vampire. But that's not all Victor desires of Juliet. He wants the unpredictable beauty in his bed--and he is accustomed to getting what he wants. . . "Immortal Dreams" by Kaitlin O'Riley Beautiful widow Grace Sutton is haunted by recurring dreams of a past life and a mysterious, handsome stranger. When Grace meets Stuart Phillips, Lord Radcliffe--the vampire who has been searching for her for over a century--her sensual dreams soon come true in the most unforgettable way. . .

The townhouse situated in the heart of Mayfair was predictably beautiful.

Located close to Hyde Park, it boasted a columned portico, as well as a large terrace that overlooked a tidy garden with a gazebo. The windows were high and arched, spilling light onto the cobbled street that was clogged with expensive carriages. Along the roof a row of marble statues peered down at the arriving guests, impervious to the chill in the late April breeze.

The interior was equally elegant.

There were acres of marble with gilt molding and crimson wall panels. And the furnishings offered a hint of the Egyptian influence (an unfortunate fashion introduced by the Prince Regent). There was also a profusion of artwork chosen more to impress society than with any genuine appreciation.

Upstairs the ballroom was a blaze of color as the guests twirled beneath the glowing chandeliers, the room so crowded that it seemed as if all of England was in attendance.

In truth, Lord Treadwell’s spring ball was the unofficial beginning to the London Season, and one of the most sought-after invitations of the entire year. Mothers threatened to toss themselves into the Thames if their daughters were not among the fortunate debutantes on the guest list, and politically ambitious gentlemen had been known to offer discreet bribes just to step over the threshold.

It was a collection of the most stylish and powerful bluebloods in all England, but as one they came to a breathless halt as the latest guest swept through the double doors and regarded the crowd with a bored gaze.

Victor, Marquis DeRosa, was worthy of their attention.

Although not a large gentleman, he possessed the sort of sleek, chiseled muscles that were shown to perfection in his tailored black coat and white satin knee breeches.

His countenance was carved along noble lines with a wide brow, an aquiline nose, and a full mouth that could harden with cruelty or soften with a sensuous promise. His hair was as dark and glossy as a raven’s wing, and allowed to fall to his shoulders rather than being cut à la Titus as many of the young bucks, contrasting sharply with his pale skin.

But it was his eyes that caught and held the attention of most.

Pure silver in color, they were rimmed with a circle of black and so piercing that few would dare to meet his gaze. They were the eyes of a predator. A ruthless hunter that considered humans prey. And a mere glance was enough to make poor mortals tremble.

They might not have comprehended why they reacted so strongly to the sophisticated Marquis DeRosa, but they instinctively bowed to his will.

A small, mocking smile curved Victor’s lips as he prowled toward his host and hostess, who were fluttering with a panicked delight at his unexpected arrival.

After all, Victor had been in Venice for the past six months, returning to London only the evening before. No one was aware of his presence in the city. Besides, he rarely condescended to attend such tedious human parties even before leaving London.

As the clan chief of the London vampires, he was the most powerful demon in England. He had only to lift his finger to have an entire harem of beautiful females, human or demon, to sate his hungers. For blood or sex.

And as for entertainment . . .

After ten centuries of indulging in the most exotic and rare pleasure to be discovered throughout the world (from being the only male on an island filled with female wood sprites, to pitting his strength against the lethal Yegni demon), a mundane society ball was laughably dull.

Or at least it should be.

He disguised his rueful grimace as his gaze covertly skimmed the crowd until he discovered the one female in London, perhaps in all the world, who could have lured him to the stuffy, overcrowded townhouse.

She was here. He’d already caught the scent of ripe peaches. Yes. There she was. Miss Juliet Lawrence.

His unbeating heart jerked with an excitement that he didn’t entirely appreciate.

The female was beautiful enough. From her imp father she had inherited delicate features and a long mane of curls the vibrant color of autumn leaves. She had also been blessed with faintly slanted eyes that were the palest shade of green. But, unlike most imps, she was slender rather than lush, with an innate grace that had first captured his attention when she had arrived in London two years before.

Beauty, however, was not enough to explain his ruthless fascination for the woman. Especially considering her mother was a witch.

Not only because his one weakness as a vampire was magic, but because his brother, Dante, had been abducted by a coven of witches and chained with their spells for all eternity.

And worse, Juliet was currently under the protection of a powerful mage, Justin, Lord Hawthorne.

He hated mages as thoroughly as he hated witches. Especially arrogant, pompous mages who didn’t possess the sense to defer to their betters.

So why was he growing consumed with the savage need to claim Miss Lawrence as his own?

Victor had tried to accept that it was nothing more than the fact that Juliet stubbornly refused to succumb to his seduction. It had been centuries since a woman had pretended indifference to his charms. What was more enticing than a prey that was clever enough to put up a struggle?

He had even traveled to Venice to prove that his enthrallment with the female was nothing more than a passing bit of insanity that was easily dismissed.

Unfortunately, all he had managed to prove was that Miss Juliet Lawrence was destined to plague him regardless of the distance between them.

He had filled his nights with the most alluring females and lavish amusements, but he could not rid himself of the aching need to return to London.

His lips twisted as he watched her stiffen and slowly turn in his direction, belatedly sensing his presence. A predictable expression of dismay rippled over her beautiful features before she was covertly edging through the crowd, clearly preparing to bolt.

He moved forward, a flare of anticipation jolting through him. The chase was on and she was not going to escape.

Beginning tonight, Juliet was going to pay for reducing him to little more than a eunuch.

“My lord . . .” Unaware how close he came to a swift, bloody death, Lord Treadwell stepped directly in Victor’s path and grasped his arm. “We never expected . . . such a delight . . .”

Victor leashed his violent urge to rip out the throat of his host. Even if Juliet managed to slip away, there was nowhere she could hide.

Instead, he peered down at the pudgy fingers that were crushing the fall of Brussels lace that peeked from the hem of his jacket sleeve.

“So I perceive,” he drawled, his voice cold. “My dear Charles, have a care for my lace if not for my poor, abused arm.”

Treadwell jerked back his hand, reaching beneath his puce jacket for a handkerchief to mop the sweat from his flushed face.

“A thousand apologies.” The nobleman nervously cleared his throat, his customary air of smug superiority notably absent. “Please, allow me to introduce my wife.” He waved an absent hand toward the plump blonde less than half his age who stood behind him. “Letty, this is Marquis DeRosa. DeRosa, my wife, Lady Treadwell.”

“Oh.” The woman rapidly waved her fan, her eyes wide and her lips parted in feminine awe. “Oh.”

Treadwell gave a bluff laugh, clapping Victor on the shoulder as if he had every right to touch the most powerful demon in England.