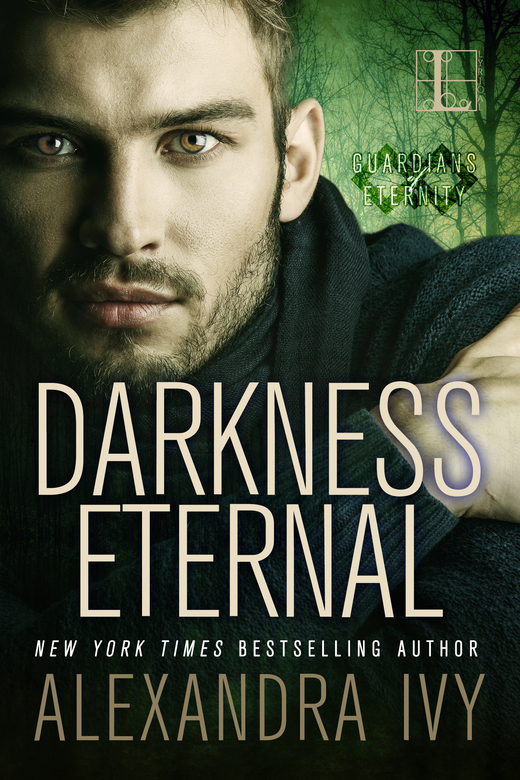 For the Guardians of Eternity, battle is a way of life—whether the plight of their world is at stake, or the fate of their heart… After being held captive by one vampire for four centuries, Kata had no intention of taking another one to the underworld with her. Yet even in the pits of Hell, there’s no ignoring the intoxicating desire awakened by Uriel’s touch… Previously published in Supernatural. 32,833 Words DON’T MISS ALEXANDRA IVY’S NEW SERIES, THE SENTINELS! 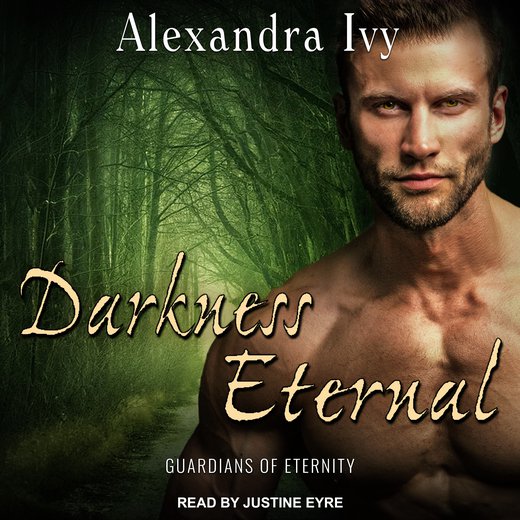 Uriel had very specific plans for the upcoming evening.

First up, dinner in bed with a luscious, golden-haired fairy who tasted like champagne and boasted skills that could make a vampire howl like a damned werewolf. Even without a full moon.

Next on the agenda, a round of sparring with the latest batch of foundlings that had arrived in London. In the past few years Victor, the clan chief of Great Britain, had instituted a law that demanded all recently created vampires must spend at least the first decade of life being trained at his lair. And since Uriel was second in command, as well as Victor’s best warrior, it meant it was his duty to oversee their fighting lessons.

And if there was time left before dawn, he intended to meet with the soldiers who had recently returned from their hunt in northern England.

Since rumors of the return of the Sylvermyst had spread through the demon world, Victor had sent out nightly patrols to search for the evil cousins of the fey. It aggravated the hell out of Uriel that he wasn’t allowed to take his place in the chase.

Unfortunately when he’d accepted his position as Victor’s right hand man, he had given up his place in the field. Now he was stuck plotting strategy, drawing up scout rotations, and researching the history of the Sylvermyst in the massive library beneath Victor’s lair on the outskirts of London.

Which was why he was headed through the vast labyrinth of hallways, dressed in a pair of faded jeans and a sweatshirt, instead of lying naked on his bed with a beautiful fairy doing bad, bad things to his eager, eager body.

Climbing the marble staircase and strolling down the crimson carpeted hallway, Uriel ignored the priceless Greek statues and pictures that lined the walls and the explosion of gilt that framed the arched windows.

He understood Victor’s need for a gaudy display of wealth and power, but damn. A man could get a brain cramp from such an overexposure of frou-frou.

Especially those idiotic frescos that were painted on the lofted ceiling.

Uriel grimaced. The images of angels with fiery swords defending a gaggle of humans against a horde of demons might be some sort of priceless work of art, but to Uriel it was a never ending source of annoyance.

He was a brutal killer and a ruthless enemy to those who would threaten his clan. But for all his grim reputation, he was cursed with finely carved features and a halo of curls that perfectly matched his light brown eyes.

He’d heard those words a thousand times over the past four centuries.

Sometimes they were a sigh on a woman’s lips. And sometimes a mocking taunt from his brothers.

They always managed to make him want to hit something.

Stepping into the vast library, Uriel halted in the middle of the fancy-ass carpet and watched as Victor lifted himself from behind the heavy walnut desk and crossed toward a matching sideboard.

He wasn’t the hulking brute that most people expected of a clan chief. Actually, dressed in a silk shirt and black slacks he looked every inch the English aristocrat with his elegantly carved features and glossy black hair pulled into a neat braid. But a closer inspection revealed the hard muscles beneath the designer clothing and the promise of death that lurked in the pale silver eyes rimmed with black.

Victor was a predator.

“Uriel, join me,” the ancient vampire commanded, turning from the sideboard to press a small glass of amber spirits in his hand. “Salud.”

The aged cognac slid down Uriel’s throat as smooth as honey. Liquid fire.

“Martell,” Uriel breathed with a lift of his brow, easily recognizing the expensive liquor. “I’m afraid to ask.”

Victor leaned against the sideboard, his arms folded over his chest.

“You only break out the good stuff when you want something. Usually something that includes blood, death, and/or mayhem.”

“Is that any way to speak to your beloved clan chief?”

Uriel snorted. “I will agree that you’re my clan chief.”

Victor sipped his cognac, a somber expression settling on his lean face.

“We have been through interesting times, haven’t we, old friend?”

So, what the hell was going on?

“Some more interesting than others,” he slowly admitted, setting aside the Waterford crystal glass.

He suspected that he didn’t want something so easily breakable in his hands when Victor finally got to the point of this little tete a tete.

“What’s on your mind, Victor?”

Uriel might have laughed if he didn’t sense the same damned thing.

It had started small.

The growing unrest among the demon world. The recent flurry of sacrifices by the Dark Lord’s disciples to return him from his exile to this world. The rumors of the Weres regaining their ancient powers and the discovery of a new Oracle who would sit on the Commission (the powerful council who ruled the demon world).

But more disturbing than all of those combined were the nasties that were crawling out of the shadows at an alarming rate.

Demons that everyone had assumed were extinct or banished along with the Dark Lord.

“Is that a polite way of saying that things are about to go to hell?” he demanded of his chief.

Victor grimaced. “In a hand basket.”

“What can I do to avert the looming apocalypse?”

“For now I need you to track down the missing gypsy.”

He should have been expecting this. Despite his fierce protests, Victor had invited their fellow vampire, Tane, to remain in the lair four nights ago, along with his companion, a female Jinn half-breed called Laylah. During their brief stay• they’d discovered that the Jinn mongrel had a human mother being held captive by a female vampire and her pet mage.

Not that Uriel gave a shit, but Tane had managed to convince Victor that his beautiful Jinn was somehow important to the future of the world, and that her captive mother must be protected.

“The female from the vision that the mage conjured?” he gritted, even knowing it was a stupid question.

What other gypsy could it be?

Victor’s lips twitched, as if he agreed with the stupid part.

“If it’s true that she is Laylah’s mother then we have to rescue her from Marika and her nasty wizard,” he said, his tone nonnegotiable. “Tane’s afraid they’ll use the female to force Laylah to hand over the child.”

Uriel snorted. The only thing he knew about the mysterious baby that Laylah was hiding was that it was somehow connected to the return of the Dark Lord and that the female vampire, Marika, was desperate to get her greedy hands on it.

“You know as well as I do that the entire thing stinks of a trap,” he growled.

Victor shrugged. “There’s only one way to find out.”

“Why doesn’t the Jinn go after the female?” he demanded. “It’s supposed to be her mother, not mine.”

“Jinn half-breed,” Victor unnecessarily corrected him, his eyes narrowing at Uriel’s odd behavior. Understandable. Uriel had never been a “yes-man.” Victor didn’t have the patience for kiss asses. But he didn’t usually pitch a fit over such a small request. The problem was, Uriel didn’t want to share the reason for his reluctance to get involved. “Tane and Laylah must return to Chicago and protect the baby.” There was a deliberate pause. “Besides, I offered your services, which is my right as your chief.”

“There are others more suited to play the role of Knight in Shining Armor.”

Victor didn’t move. He didn’t have to. His power swirled through the air, slamming into Uriel with enough strength to . . .