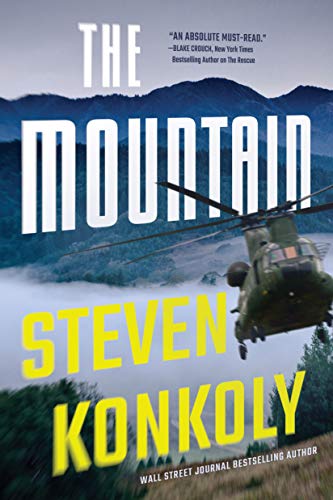 Investigating a missing persons case on Murder Mountain means looking for trouble in a propulsive thriller by the author of The Raid.

When someone disappears on Northern California's lawless Murder Mountain, it isn't news. The vast terrain for illegal marijuana harvests is also a notorious black hole for outsiders. But when that someone is the family friend of the persuasive and righteous Senator Steele, finding him becomes covert investigator Ryan Decker's mission.

For Decker, the risks of infiltrating a multibillion-dollar outlaw industry are greater than he could possibly understand. Especially when that industry has flourished into the profitable backbone of a secretive and influential DC-based think tank. And protecting its untraceable revenue in the Emerald Triangle is a band of ruthless white nationalists.

What begins as a seemingly straightforward favor soon pulls Decker and his partner, Harlow Mackenzie, into a high-stakes conspiracy linked to the most cold-blooded puppet masters and power brokers in the country. The harder Decker and Harlow work to expose the insidious faction, the harder it'll be to make it out of Murder Mountain alive.