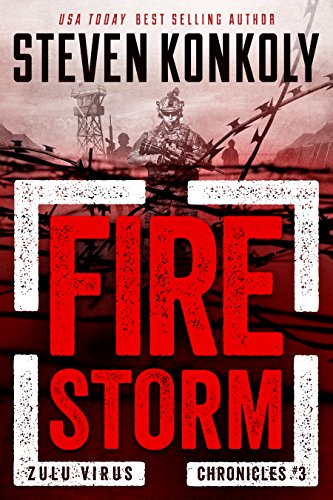 "I found it amazing and complex...the thrills and action keep on coming."

SOMETHING MERCILESS WATCHES OVER THE OUTBREAK--GUIDING ITS COURSE.

For David Olson, that means bringing his son south, to the safe haven of his parents' home--far away from the infected cities. Eric Larsen takes him up on the offer to rest and heal at the house, before departing on the long journey to find his family in Colorado.

For Rich and his secretive black ops team, that means transporting Dr. Chang and Dr. Hale to a secure facility out east, where they will join the nation's few surviving bioweapons researchers--with the hopes of pinpointing the source of the virus and possibly developing a vaccine.

Neither group will get very far, before the true face of the evil controlling the Zulu Virus arrives--tempting them with irresistible opportunities.

DANGEROUS OPPORTUNITIES, WITH THE POTENTIAL TO SWEEP THEM RIGHT INTO A LETHAL FIRESTORM